The Pan African Film Festival (PAFF) announced today that Ncredible Entertainment’s KING OF THE DANCEHALL, written and directed by Nick Cannon, will screen as the Opening Night Film at PAFF 25. The film will screen Thursday February 9 at 8pm at the Directors Guild of America (DGA) headquarters at 7920 W. Sunset Blvd, Los Angeles, California. 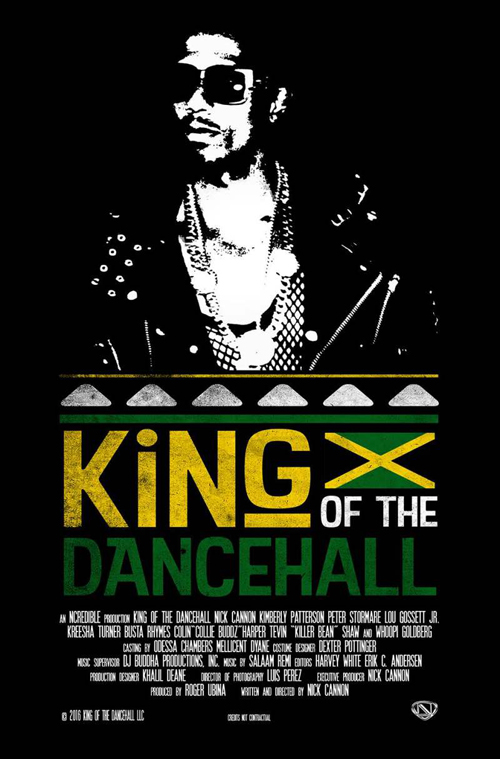 KING OF THE DANCEHALL is the feature film directorial debut of actor, producer and consummate entertainer, Nick Cannon who also stars in this high energy musical about a young man from Brooklyn who gets caught up in the
vibrant Kingston music scene during a visit to Jamaica. When Tarzan (Cannon) hatches a scheme to cover the costs of medical care for his sick mother, he has to decamp from his native New York to Kingston, Jamaica. Once on the Caribbean island, he solicits the help of his fast-talking cousin and makes quick headway in the world of weed. But there’s another, much tougher scene that he’s not prepared for: the dancehall. In addition to Cannon, the film stars, Academy Award nominee, Whoopi Goldberg, Academy Award winner, Louis Gossett Jr. and Grammy Award nominee, Busta Rhymes. KING OF THE DANCEHALL will debut exclusively on YouTube Red later this year.

KING OF THE DANCEHALL joins this year’s selection of PAFF 25 Galas, which include TV ONE’s MEDIA, (Centerpiece) and THE PREACHER’S SON (Closing Night) with a Lifetime Achievement Award tribute to legendary actress Alfre Woodard.

The Centerpiece Screening will be TV One’s MEDIA starring Brian White and Pooch Hall will screen Wednesday February 15 at 8pm. Closing Night Gala will be the World Premiere of THE PREACHER’S SON (Directed by Trey Haley) screening on Sunday February 19 at 8pm the Cinemark Baldwin Hills Theater.

In addition, PAFF 25 Special Screenings includes: “Chasing Trane,” a moving documentary on the music of John Coltrane, screening Monday, February 20, on the closing night of the festival.

Other Special Screenings include; the Oscar-nominated (Foreign Language Film) “Tanna,” based on a true story of young love against all odds; “93 Days,” which chronicles the little known story of a Nigerian couple’s work to stop the Ebola virus, starring Danny Glover and Tim Reid; “AfroLatinos: An Untaught History,” a documentary giving voice to communities throughout the Caribbean and South America; and Netflix’s “Burning Sands,” on a hazing incident gone deadly wrong.

In celebration of the 25th anniversary of the festival, a series of diverse female trailblazers are featured in the festival’s “Conversations With…” series and industry panels during the programming lineup: