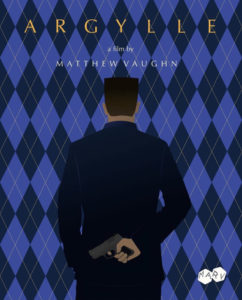 Synopsis: A novelist with amnesia slowly regains his memory and realizes he was once a world-class spy (the eponymous Argylle). Thrown into the deep end of an all-out globe-trotting adventure spanning from America to London and everywhere else in between.