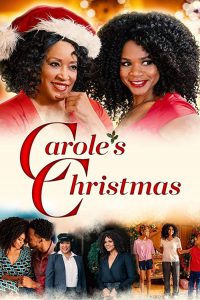 Synopsis: Carole Jordan (Elise), an overworked businesswoman who learns the meaning of “be careful what you wish for” after she off-handedly wishes she had taken another path in life. When Carole’s wish is granted, her world is turned upside down and the only person she can confide in is Iris (Harry), a woman she recognizes from her “past life.” Carole no longer has time for the things that mattered most to her – family, friends and her annual Christmas party. She quickly learns how grateful she was for the previous life she was living.

Note. Not sure if Shirley Jordan in this film is the actress and writer Shirley Jordan. I would have to see the film to make sure because IMDB has them listed as separate people. No official separate shareable trailer link out yet. Above is a compilation trailer released by OWN.