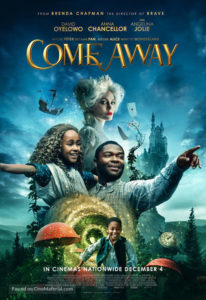 Synopsis: A prequel to the stories of Peter Pan and Alice in Wonderland. Before Alice went to Wonderland, and before Peter became Pan, they were brother and sister. When their eldest brother dies in a tragic accident, they each seek to save their parents (Jolie & Oyelowo) from their downward spirals of despair until finally they are forced to choose between home and imagination. READ REVIEW

Note: Johanna Thea was in the original cast list but not in the current one. Premiered at the Sundance Film Festival on January 24, 2020. Above is the theatrical release date.