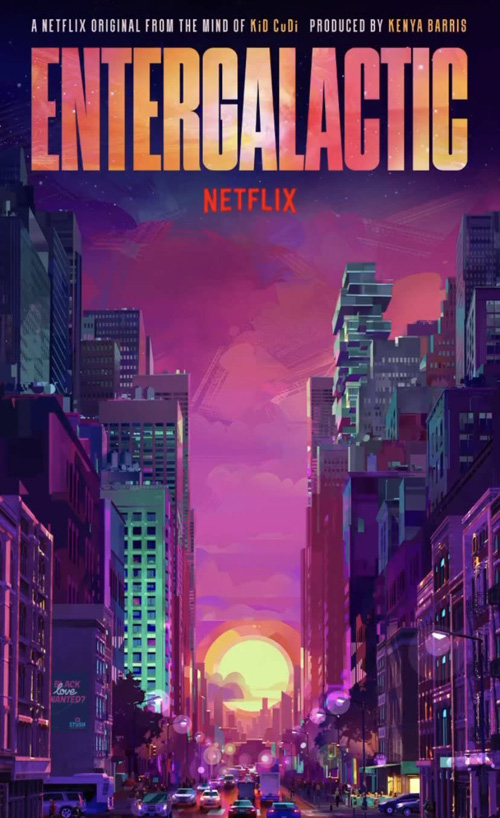 Synopsis: Jabari, a charming, streetwear-clad artist on the cusp of real success. After a chance run-in with his cool new photographer neighbor, Meadow, Jabari has to figure out whether he can make space for love in his life.

Release Date: September 30, 2022 (USA) | Length: 93 min | Genre: Animation, Comedy, Music, Romance | Certificate: TV-MA | Note(s): Created by Kenya Barris and Kid Cudi. Originally intended as a television series, on August 25, 2022, Entergalactic was announced to be released as a television special. The special premiered on September 30, 2022, on Netflix, alongside the album. Kenya Barris, Dennis Cummings and Maurice Williams are producers on this project. I wasn’t able to identify Maisha Mescudi.