Film directors are still overwhelmingly white and male, according to a University of Southern California’s Annenberg Inclusion Initiative report published Thursday, January 5, 2018. Titled Inclusion in the Director’s Chair, the new year study analyzed 1,100 top-grossing movies released between 2007 and 2017 and found that across the 100 top movies of 2017, a total of 6 (or 5.5%) of directors were black. This overall percentage is 7.8% below the U.S. Census (13.3%). Of the black directors, 5 were male and 1 female. The percentage has not changed across the 11-year sample. The total in 2017 is lower than the total in 2016 (5.8% or 7) or 2007 (7.1% or 8). In fact, 2007 has the highest percentage of black directors across the 11 years evaluated.

With stats like that, one has to ask just how much has actually changed in Hollywood studio filmmaking, despite all the years of talk of inclusion and diversity? 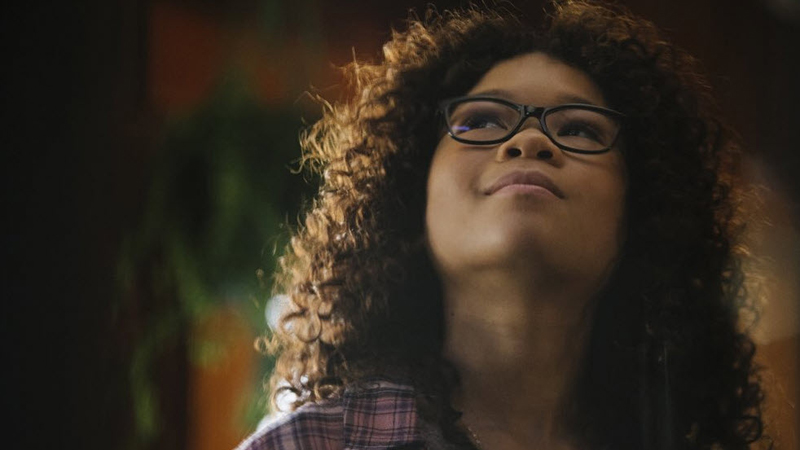 Across 11 years and 665 different directors, 31 individual black filmmakers (4.7%) were attached to 63 of the 1,100 top movies. Most black directors only make one film (71%), which is 14.5% above the percentage of non-black directors with only one movie. Only 4 black directors have made 2 films (David E. Talbert, Denzel Washington, George Tillman Jr., and Lee Daniels) and 1 has made 3 (F. Gary Gray). Five films were helmed by Tim Story and Malcolm D. Lee; while Antoine Fuqua directed 6 movies.

Of the films with one or more black directors attached, 41.3% were dramas, 36.5% comedies, 11.1% action adventures, 3.2% horror movies, 3.2% sci-fi/fantasy, and 3.2% thrillers. Only 1 animated movie was helmed by a black director. Overall, black directors were less likely to be attached to financially lucrative, tent-pole type action films.

81% of the films with a black director also had a black actor attached as one of the two top-billed talent. This finding suggests that the vast majority of directing opportunities for black directors are linked to the race of the story’s leading characters. 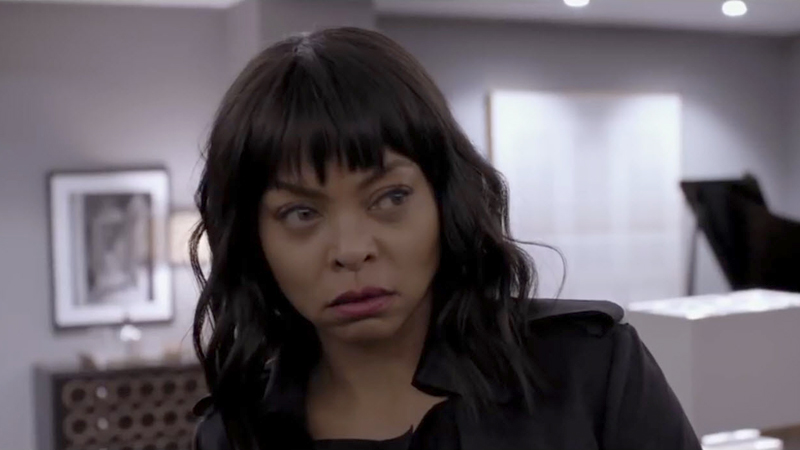 “Hiring patterns that rest on ‘matching’ director race to the race of the top cast partially explain why we see little change over time,” said Professor Stacy L. Smith, who authored the report. “The identity of the director must be uncoupled from industry expectations about what kind of stories he or she can tell if any progress is to be made.”

During the 11-year period covered in the study, Lionsgate topped the list for black directors, releasing 18 movies – although 15 of those 18 movies were directed by Tyler Perry. Importantly, Disney did not release a single movie with a Black director from 2007 to 2017. 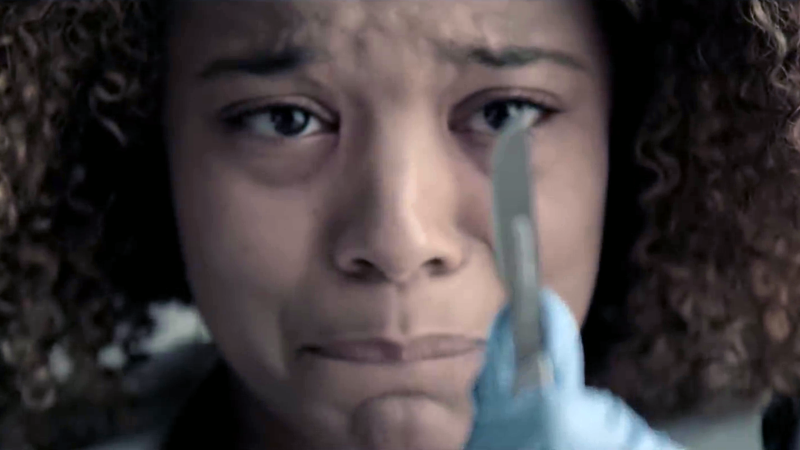 But 2018 will see some of the above concerns challenged with as many as 14 (still relatively low when compared to the hundreds of movies that will be released in 2018) Hollywood studio-backed movies directed by black filmmakers (or filmmakers of African descent), currently scheduled for release – a number that could increase (or decrease) should any new dates be announced during the year. Unfortunately, as of the time of this publishing, only 1 of the 13 films is being directed by a black woman filmmaker (Ava DuVernay, A Wrinkle in Time). Not much of an improvement at all when you consider that, across the 11 years and 1,100 movies of the above study, 95.7% of all directors were male and 4.3% were female; and of that tiny 4.3% who were female, only 4 were black women directors – Ava DuVernay, Gina Prince-Bythewood, Sanaa Hamri, and Stella Meghie, again, over an 11-year, 1,100-film period! Still very much work to be done there. 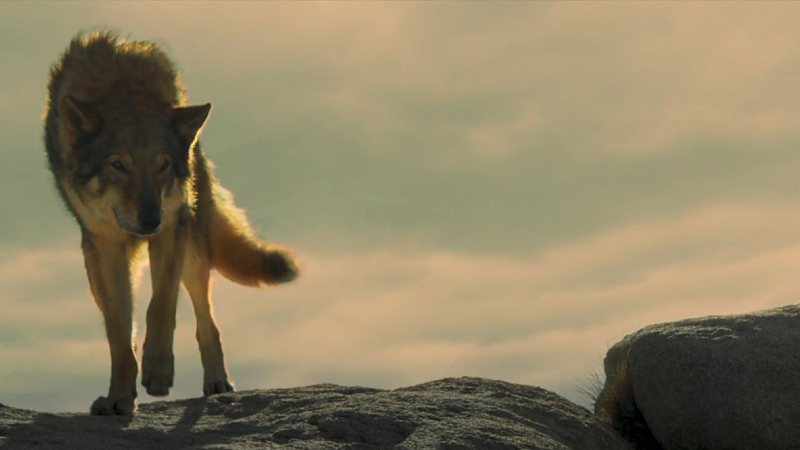 The genre (and budget) variety in 2018 is certainly there, more-so this year than maybe any other previously, with a mix of science fiction, fantasy, thriller, horror, action, drama, historical, comedy, and even 2 superhero movies. Although there’s still the fact that most of the films directed by black filmmakers in 2018 star black actors, which isn’t necessarily a negative.

Also, all of the filmmakers on the list are repeat helmers on their 2nd, 3rd, 4th, 5th, etc pictures.

Finally, while the focus here is specifically on Hollywood studio projects, I’d be remiss if I didn’t mention that there most certainly will be a number of indie black filmmakers with feature films premiering on the film festival circuit this year, starting at the Sundance Film Festival and beyond. We’ve already alerted you to some of them. There will also be those black filmmakers outside the USA whose films are acquired for USA distribution. But there will be follow-up articles that highlight both the indie and foreign filmmakers/films. 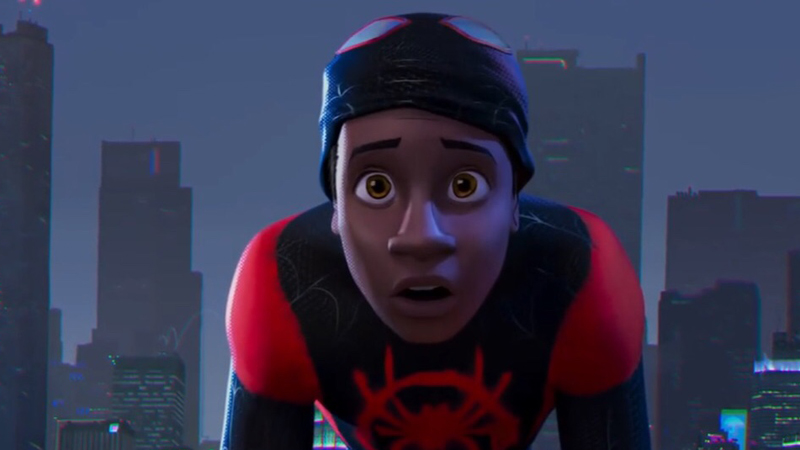 Without further ado, in chronological order, here are the 14 (as of January 8, 2018) Hollywood studio-backed films directed by black/African filmmakers that are currently scheduled to be released this year (title, director, studio, release date). Following the list are some noteworthy related notes:

— Spider-Man: Into The Spider-Verse, Peter Ramsey is one of 3 directors on the film, Sony/Columbia, December 14, 2018

— Tyler Perry’s A Madea Family Funeral, Tyler Perry, Lionsgate has announced a fall 2018 release for the film, but has yet to give it an exact date.

— Number of films per studio

Disney: 2 (although if their purchase of 20th Century Fox’s film and some TV properties goes through this year, the count will go up to 3)

Paramount, Fox and Universal: 1 each.

Notable absence: Warner Bros. Although among the 18 films the studio is set to release this year, there are 2 mystery projects listed, both untitled at this time, with nothing known about them. What are the odds that one of them will be directed by a black filmmaker? Probably very little, but we’ll find out soon enough.

— Netflix will release at least one film directed by a black filmmaker this year (Charles Stone III’s Step Sisters starring Megalyn Echikunwoke), although the company (we may as well call it a studio, spending as much, if not more, on content, both film and TV, than the majors; and they’re competing for top awards). But the film(s) will be released on Netflix only, meaning no theatrical run(s). And as the title of the post states, the above list only includes studio films that will be released in theaters this year.

— You may not be immediately familiar with Yann Demange, who’s directing Matthew McConaughey in the Sony crime drama White Boy Rick, which is based on a real-life story. It’s the second feature film for Demange, the French-British filmmaker born to an Algerian father and French mother, whose resume is filled with a lot of TV directing and producing, include the critically-acclaimed British crime drama series Top Boy, which has been covered on S&A and is being remade for American audiences by Netflix, with Drake as a member of the creative team. Demange made his directorial film debut with ’71 (2014), which stars Jack O’Connell as a soldier deployed to Belfast at the height of political violence in Northern Ireland. The film premiered in competition at the Berlin International Film Festival and went on to receive critical acclaim, including the British Independent Film Award for Best Director and a nomination for the BAFTA Award for Outstanding Debut by a British Writer, Director or Producer. Last summer, Demange was reported to be one of 3 frontrunners to direct the next James Bond movie. A director for the film has yet to be announced, so he may still be in the running.

— It’s great to see Sylvain White back in feature-film-directing land, after spending the last several years directing mostly for television, including episodes of Hawaii Five-0, Major Crimes, Empire, Sleepy Hollow and more. When we last covered a film he directed, it was in 2013, with the French thriller The Mark of the Angels – Miserere, which was released in France that year (it’s available in the USA on home video). Prior to that film, White directed Stomp the Yard (his feature debut, in 2007), and followed that up with a big screen adaptation of the action graphic novel The Losers in 2010. It was a year ago, in January 2017, when Sony/Screen Gems tapped him to direct a feature film based on the Slender Man horror meme, which is now set to be released on May 18, 2018.

— Widows will mark Steve McQueen’s much-anticipated return to the big screen since 2013’s Oscar-winning 12 Years a Slave. And what a way to come back, with a film starring powerhouse actors including Viola Davis, Robert Duvall, André Holland, Cynthia Erivo and others, in a film remake of a 1980s British TV series of the same name, although set in contemporary Chicago, and follows 4 women burdened with a debt left behind by their dead husbands’ criminal activities. The film has Oscar potential written all over it, and given its November release date, the studio behind it (Fox) probably thinks the same.

–Finally, the release date for Julius Onah’s Untitled Cloverfield Movie has been pushed back 3 times in the last year, which is typically not a very good sign for any film. It could imply some uncertainty that the studio (in this case Paramount) may have around the film’s potential. It’s now set for an April release, boasting a cast that includes David Oyelowo, Gugu Mbatha-Raw, Zhang Ziyi, Daniel Brühl, Elizabeth Debicki, Aksel Hennie, Chris O’Dowd, and John Ortiz, telling the story of a team of astronauts aboard an international space station who find themselves alone after a scientific experiment involving a particle accelerator makes the entire Earth vanish. At least, that was the story when it was first titled God Particle a couple of years ago. The project has been kept mostly underwraps, as its release date has been pushed, and title changed, so it might no longer be the film that we were first told that it would be.

Which of the above films are you most excited to see?