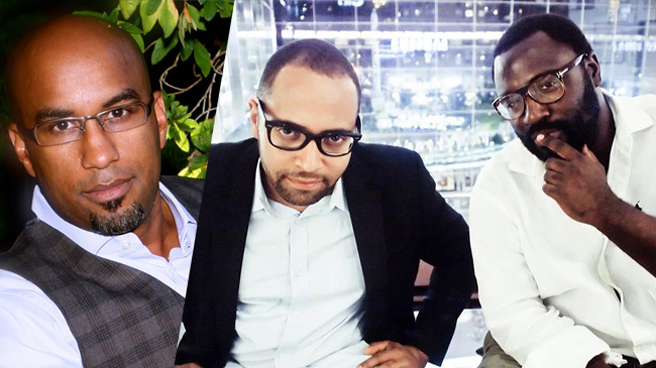 In January, eight months after the network ordered a half-hour comedy from Diallo Riddle and Bashir Salahuddin to series, they pulled the plug on the project, which was to be titled “Brothers in Atlanta.”

Executive produced by Lorne Michaels, along with Riddle and Salahuddin, the series was to star both actor/writer/comedians as 2 young struggling entertainers trying to make it big in Atlanta: “After some time apart, 2 old college friends, Langston Rogers (Riddle) and Musa ‘Moose’ Almuharib (Salahudin), reunite in the black mecca of the New South, Atlanta. Both determined to make it big, their unique perspectives on the quirks of both Atlanta and the black community inevitably lead to personal and professional conflicts.”

Maya Rudolph, Finesse Mitchell and Jaden Smith were all part of the cast, in recurring roles. And Tim Story directed the pilot (and was to direct more episodes).

At the time of the announcement, HBO released the following statement: “After assessing our programming needs we talked to Bashir and Diallo and decided moving forward didn’t make sense for us at the time. We feel they are immensely talented and we hope to work with them in the future.”

Almost 2 months later, no word yet on whether another network is considering picking up the series.

HBO has ordered “Brothers in Atlanta,” a comedy from Diallo Riddle, Bashir Salahuddin and Lorne Michaels, Variety has learned.

The series follows struggling entertainers and best friends Langston and Moose (played by writer-exec producers Riddle and Salahuddin), as they try to navigate relationships and life in the black mecca of Atlanta.

Langston, an Atlanta native, is an aspiring DJ whose career has stalled due to his lack of focus and get-rich schemes, and Moose, who’s new to Atlanta, is a perennial backup singer with dreams of the spotlight.

Maya Rudolph and Jaden Smith are set to guest star in the series.

The starring duo, Riddle and Salahuddin, who served as writers and performers on “Late Night With Jimmy Fallon,” will exec produce with Lorne Michaels and Andrew Singer for Broadway Video, plus the Story Co.’s Tim Story. Field Entertainment’s Jeff Field, Doug Griffin of the Story Co. and Anna Dokoza will also produce.

Story (“Think Like a Man,” “Ride Along,” “Fantastic Four”), who directed the pilot, will helm more episodes throughout the series. He is repped by UTA and Matt Johnson at Ziffren, Brittenham, Branca, Fischer, Gilbert-Lurie, Stiffelman & Cook.