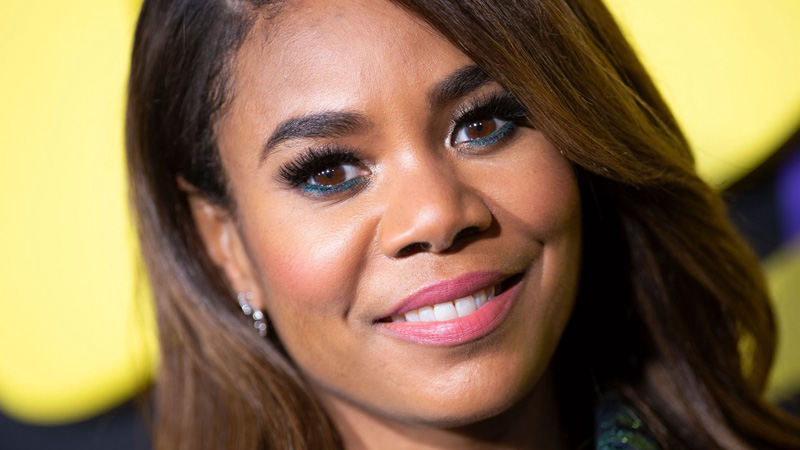 Regina Hall said that if a Girls Trip sequel happens, there’s one thing she doesn’t want to do–wear a revealing outfit.

In an interview with ET for Shaft, Hall addressed the speculation by Jada Pinkett Smith that the next film will take place in an exotic vacation spot like South Africa or Rio de Janeiro. And, of course, with Rio, there’s Carnival. But Hall said that she’s not the person to successfully pull off the outfits people normally wear during Carnival.

At any rate, Hall said that she and her castmates, including Smith, Queen Latifah and Tiffany Haddish, want to make sure the sequel is different than the first film.

“I think it’s about the timing and also everyone wants to make sure that the story’s worthy of a sequel,” she said, adding that she doesn’t want audience members to question why a sequel is being made.

“We don’t want y’all talking about us ’cause then y’all will be like, ‘Why’d they do a second one? They should have just left it alone,” she said. “I know that they are trying really hard to come up with the perfect idea.” She also added that filming the sequel will come into play once all of the cast members’ busy schedules line up.

Girls Trip became one of the breakout hits of 2017 and launched the mainstream career of Haddish. The film, set during Essence Music Fest in New Orleans, was directed by Malcolm D. Lee and written by Tracy Oliver and Kenya Barris from a story by Barris, Oliver and Erica Rivinoja.