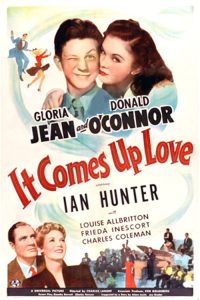 Synopsis: Victoria Peabody (Gloria Jean) and her younger sister, Constance (Mary Lou Harrington), go to New York City to live with with their father, Tom Peabody (Ian Hunter). The two girls become involved with his love life, in which two rivals are competing to become his wife.

Note: Mantan only appears for a brief moment at the beginning of the film.