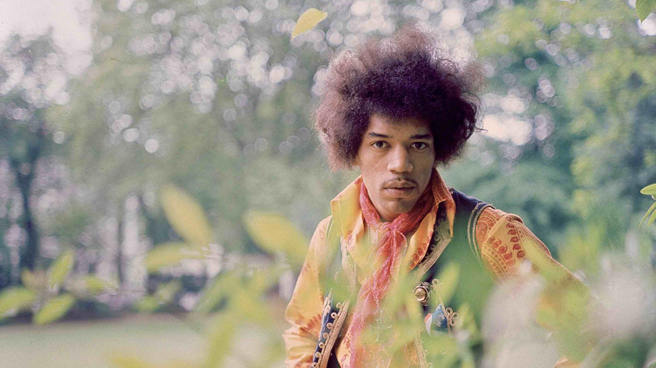 Even though Legendary Pictures’ Thomas Tull and director Paul Greengrass can be uncompromising guys, when they had a chance to make a movie about Jimi Hendrix four years ago with or without his estate’s cooperation, they backed off. That patience has paid off big time. Legendary Pictures has reached agreement with Experience Hendrix and is now moving forward with what it hopes will be the ultimate film on the man whose guitar wizardry and psychedelic fashion sense made him one of the most iconic stars in rock history, even though Hendrix died in 1970 at 27 when his star was still rising.

Legendary has set Scott Silver to write the script and they are negotiating with Greengrass to direct a film that will be produced by Tull, Jon Jashni, Janie Hendrix, John McDermott, and Peter Afterman. Jillian Share and Josh Bratman will executive produce. Best of all, Hendrix’s best known tunes, from Purple Haze to Foxy Lady, will be used as part of the film. Silver’s writing credits include The Fighter and 8 Mile. Greengrass last directed Captain Phillips and is engaged on another installment of The Bourne Identity with Matt Damon. He doesn’t have a picture after that, and this was most certainly as much a passion project back in 2010 for Greengrass as it was for Tull, who had just put in motion a film about another hero, 42′s Jackie Robinson, when the package hit a bad note the first time around.

Essentially, the estate didn’t cooperate because Legendary came with a Max Borenstein script written on spec, and the fear at the time was that a movie could hurt perennially strong sales from the Hendrix catalog. Hendrix only recorded four albums, but there are a lot of timeless tunes in there that are definitive 60s statements from a musician who arguably was the greatest rocker ever to plug an electric guitar into an amp. Tull and Greengrass stopped progress, even though they had conversations with Anthony Mackie to play Hendrix. Not everyone abided by the estate’s wishes: Oscar winning 12 Years A Slave scribe John Ridley wrote and directed Jimi: All Is By My Side, an unauthorized film about the formative years of Hendrix, when he moved from New York to London just before his career soared. Andre Benjamin played Hendrix. The lack of familiar Hendrix music seemed to cost the movie, a small indie which grossed just $323,000 domestic.

This will be a big scale studio picture for Legendary’s Tull, who financed the rock god docu It Might Get Loud, which teamed Led Zeppelin’s Jimmy Page, U2’s The Edge and Jack White for an exhilarating film. There is no word yet on who they’ll tap to play Hendrix in a version that starts from scratch. Mackie, who is on screens right now in Avengers: Age Of Ultron, still seems a strong fit from here. The film will be done through Legendary’s home at Universal Pictures, where the next films coming are the Guillermo del Toro-directed ghost story Crimson Peak, the Duncan Jones-directed Warcraft, and the F. Gary Gray-directed Straight Outta Compton.

CAA reps both Silver and Greengrass, and Experience Hendrix LLC is repped by Bruce Kaufman at ICM Partners.