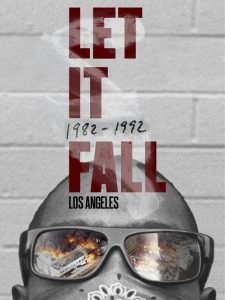 Synopsis: An in-depth look at the culture of Los Angeles in the ten years leading up to the 1992 uprising that erupted after the verdict of police officers cleared of beating Rodney King.

Note: This documentary was originally set to premiere on ABC April 28, 2017 but was released in theatres the week before. I started to watch this film to better identify people but I stopped at 1:31:21, that was about all I could take. I might get back to it eventually – but not today.