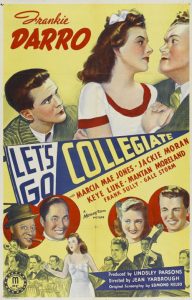 Synopsis: Rawley University is about to receive a star athlete who could give it the first championship rowing team it’s ever had. Unfortunately, he gets drafted into the army before he’s able to join the team. Two of the team’s members get the bright idea of passing off a burly truck driver as the “athlete”. Complications ensue.