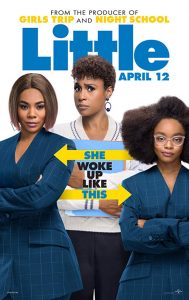 Synopsis: A woman receives the chance to relive the life of her younger self, at a point in her life when the pressures of adulthood become too much for her to bear.

Note: Release date moved from September 20, 2019 to April 12, 2019 after The Voyage of Dr. Dolittle was moved from the April 2019 to January 2020. David A. Flannery, Cameron Gerson and Stella Gerson were in the original cast list, but not in the final.