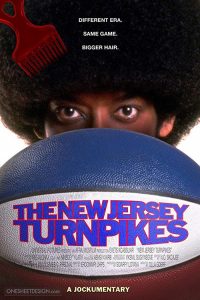 Synopsis: New Jersey Turnpikes is a 1999 mockumentary comedy film starring Kelsey Grammer, Tommy Chang and Orlando Jones. It was shot entirely in Toronto, Canada and directed by Bryan Buckley. The film centers on the fictional basketball team known as the New Jersey Turnpikes during the final days of the American Basketball Association. It features narration by Kelsey Grammer, who additionally plays the team’s owner. “Kool Williams”, played by Orlando Jones is the star player for the team, who are known to be the worst in the league.

Note: A rough cut underwent test screenings in 1998, and posters were designed, but the film was never released. The exact reasons are unclear, but one IMDb user who was an extra in the film claims that Kelsey Grammer hated the final result and bought the rights so that it would never be released. It has not been screened publicly in any form since 1998. (Source: Lost Media)