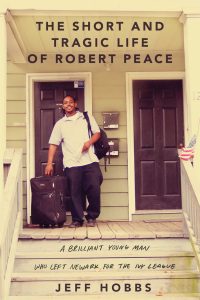 Synopsis: The story of an inner-city Newark kid who attends Yale yet ultimately succumbs to harsh economic realities and the demons of his past.

Note: Not sure what happened to this film or if it was ever produced. There were a lot of announcements when IM Global acquired the book rights for Antoine Fuqua to direct but I haven’t found any info since then. On January 25, 2019 it was announced on Deadline Hollywood that this project is on again, with Chiwetel Ejiofor replacing Antoine Fuqua as director and Antoine producing. The title was changed from “The Short and Tragic Life of Robert Peace” to “Rob Peace”.