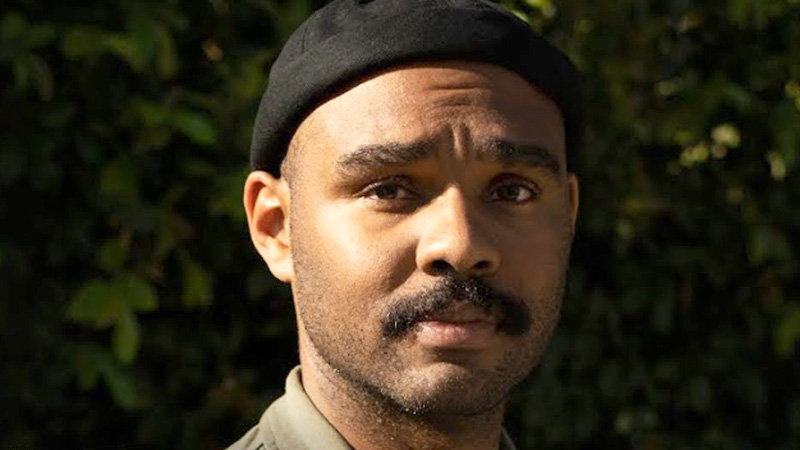 Welcome to another episode of the Scene 2 Scene podcast! It’s Valerie Complex with an exciting new episode where I chat with Devotion director J.D. Dillard.

Dillard has established himself as a director and writer to watch, with authentic yet innovative storytelling. On November 23, Sony Pictures released his anticipated historical war epic Devotion. he film stars Jonathan Majors and Glen Powell as Jesse Brown and Tom Hudner, respectively, a pair of U.S. Navy pilots who risked their lives during the Korean War and became some of the Navy’s most celebrated wingmen. The script is written by Jake Crane and Jonathan Stewart, based on the book by Adam Makos.

Dillard made his directorial debut with Sleight, starring Jacob Latimore, Seychelle Gabriel, Sasheer Zamata and Storm Reid. The film, which he co-wrote, was shot on a micro-budget and went on to spark a bidding war after its debut at Sundance in 2016. In 2019, Dillard made his return to Sundance with his sophomore feature Sweetheart, a Blumhouse thriller he directed and co-wrote featuring Kiersey Clemons in the leading role.

On the television front, Dillard has sold multiple pilots and has directed numerous episodes for series including The Outsider for HBO, Utopia for Amazon and The Twilight Zone for CBS All Access/Paramount+. This year, Dillard was honored with the FilmFest 919 “Horizon Award” and the SCAD Savannah Film Festival “Rising Star Director” award for his work on Devotion. Additionally, the African American Film Critics Association included the movie in its Top 10 Films of the year.

Dillard holds Devotion close to his heart, as his father served in the Navy and he often went to him for reference, along with conducting the research needed to give an authentic account of Brown’s and Hudner’s lives In today’s discussion, Dillard talks about why he felt drawn to the story, how his Navy Dad helped him while on set, and why his own flare to any film he directs is essential.