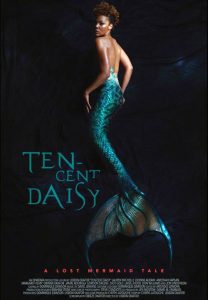 Synopsis: The film follows three sisters Orchid, Violet and Daisy, the mermaid who all run away from their small Caribbean fishing village after Daisy is assaulted by the local pastor. Their mother, Iris confesses to the pastor’s murder so that the girls can start fresh in America. Twelve years later, the sisters lose ties and after learning that Iris has been released from prison, return home to save her. The return, however, isn’t without obstacles.

Note: Missing trailer. Above is a kickstarter promo video for the film. I haven’t seen any more updates on this film so I’m moving it to lost.