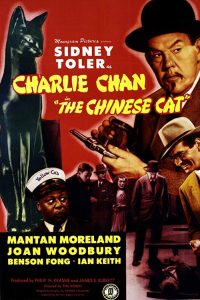 Note: Also known as “Charlie Chan in The Chinese Cat”.