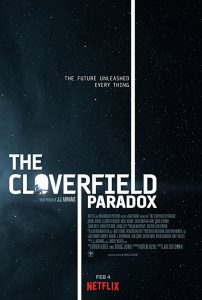 Synopsis: The story follows an American space station crew that’s abandoned after a problem with a Hadron accelerator causes Earth to completely vanish, challenging all they know about the fabric of reality, as they desperately fight for their survival. READ REVIEW

Note: Release date was changed from February 24, 2017 to October 2017, then from October to February 2018, the first week of black history month. Also known as “Cloverfield 3”, “The God Particle” and “The Cloverfield Movie”.

Netflix surprised everyone and released the film the day of the Superbowl.