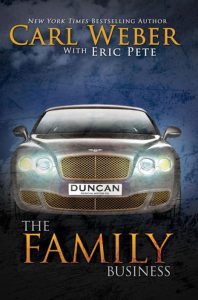 Synopsis: By day, the Duncan’s are an upstanding family who run a thriving exotic car dealership in New York. By night, they live a dangerous secret life. When they come under siege the Duncan’s will have to stick together or die separately

Note: The Family Business was originally developed and produced as an indie feature franchise based on the books. The first film started filming in July 2017, with Tri Destined Studios and Urban Books Media producing for a fall 2018 release. The companies subsequently put together a sequel with the same cast, which is still in production. Instead of pursuing a theatrical release, the producers took the two movies to BET. They will now be recut into an eight-episode series, which will be a co-production of BET, Tri Destined Studios and Urban Books Media. – Deadline Hollywood

There was no trailer created for the film. Above is the promo for the TV series that is set to premiere November 13, 2018 on BET.