Synopsis: A re-staging of the story, set in a black Sunday school in the deep South, relates incidents from the Bible — seen in a series of vignettes — as a young teacher preaches to her students. Based on Roark Bradford’s book, “Ol’ Man Adam an’ His Chillun'” and the play by Marc Connelly.

Note: The play was adapted for television, and presented twice during the days of live TV on the Hallmark Hall of Fame in 1957 and 1959. Both productions starred William Warfield as “De Lawd”, in the largest dramatic acting role he ever had on television. World Cat says there are copies of the 1957 version at the Library of Congress and the UCLA Film & Television Archive. 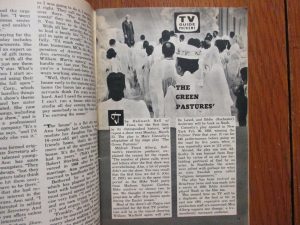 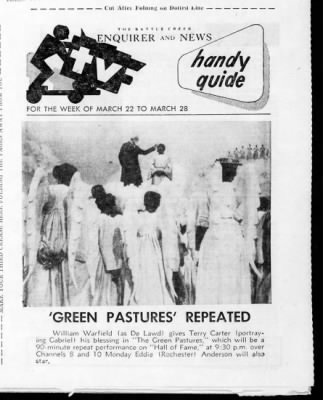