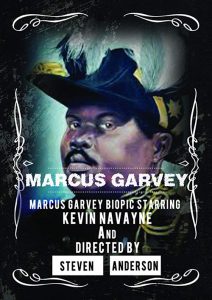 Synopsis: Marcus Mosiah Garvey, Jr., was a Jamaican political leader, publisher, journalist, entrepreneur, and orator who was a staunch proponent of the Black Nationalism and Pan-Africanism movements, to which end he founded the Universal Negro Improvement Association and African Communities League (UNIA-ACL). He founded the Black Star Line, which promoted the return of the African diaspora to their ancestral lands.

Note: Release date moved from September 22, 2017 to November 9, 2018. No official trailer yet. Above is what I found on the films twitter page. Release date moved again from November 9, 2018 to September 11, 2019. The current release date is above. I can’t prove that this movie was released on the date above. I still haven’t found a trailer and there hasn’t been any update to the twitter page. If I don’t find proof or a trailer by the next expiration, I’m moving it to unreleased. Dennis Haysbert, Janet Hubert, Tobin Bell, Lili Mirojnick and Rayven Symone Ferrell were in the original cast list but not in the current one.