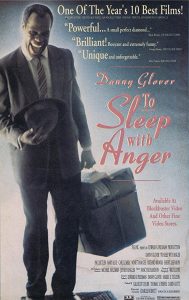 Synopsis: The life of a middle-class black family in Los Angeles is disrupted by the arrival of an old friend from back South in this layered drama. Initially a charming reminder of their past, the visitor soon comes to seems increasingly sinister as the strained household heads towards an inevitable conflict.

Note: Added to the National Film Registry in 2017. I need to see this film again to better identify people.