12 Black Characters Who Taught Us How To Survive Anything 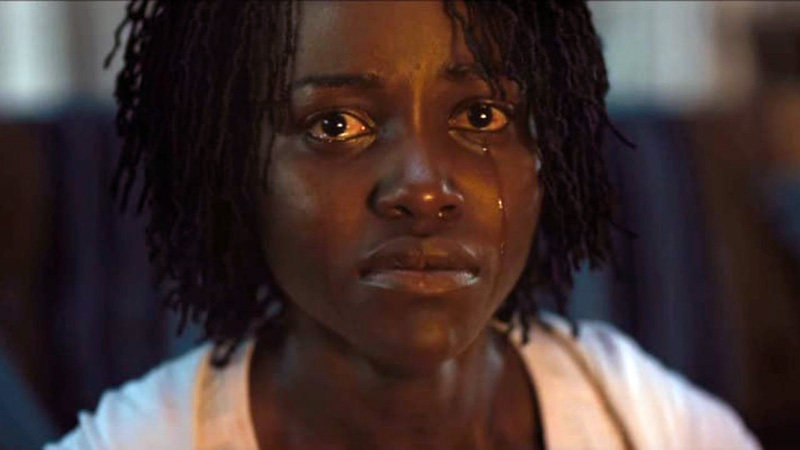 During this time of quarantine, self-isolation and social distancing, folks have been trying to tap into their inner survivalist to make sense of the world and get through the coronavirus outbreak. If you’re looking for some role models during this time, look no further than these twelve characters from film and TV. Not only did they show us how to face adversity with bravery and grit, but they also brought Black representation to new heights.

*SPOILERS BELOW for some of our favorite Black characters in horror* 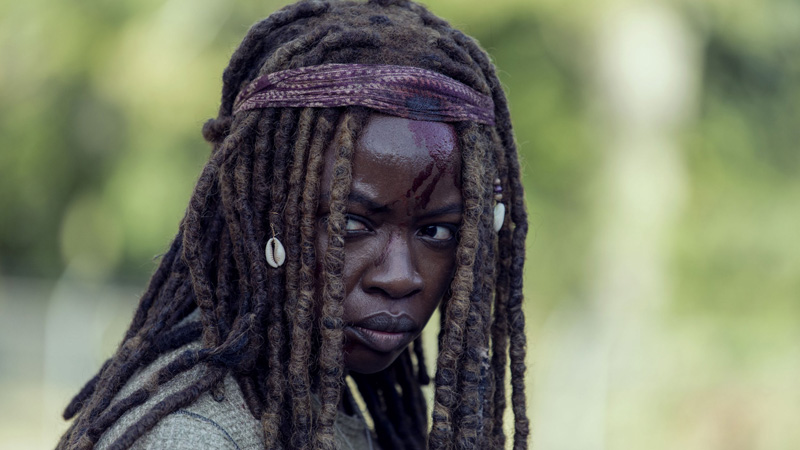 Michonne is the current reigning queen of survivalism. Michonne quickly became one of the star characters of The Walking Dead, and she was routinely one of the few characters fans didn’t have to worry about (too much) regarding if she would survive until the next episode. If you’re a person who wields a katana and drags zombies on leashes as protection through the woods, then what else can you be but a true survivor? 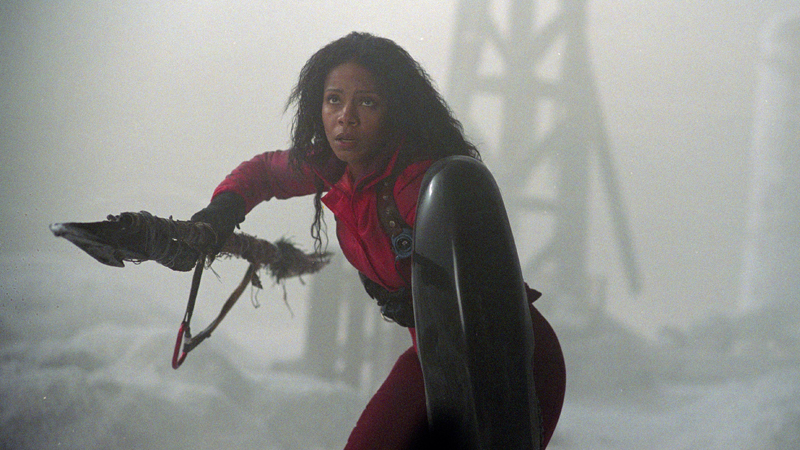 As Alexa Woods, Sanaa Lathan became one of the rare Black Final Girls in horror, surviving two of sci-fi and horror’s scariest otherworldly monsters, Predators and Xenomorphs. But Alexa didn’t just merely live to tell the tale; she befriended and allied with one of the Predators to take down the Xenomorph queen, resulting in her earning the honor of the Predators for her valor in combat. She is the Final Girl to rule all other Final Girls. 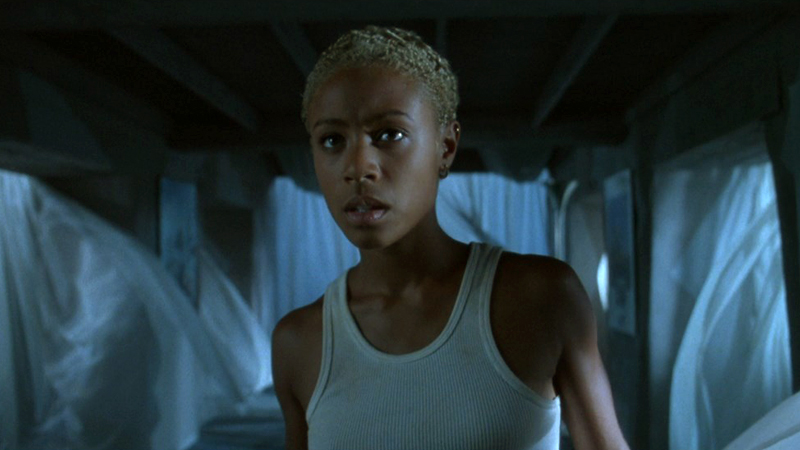 When people think of Jada Pinkett Smith in horror, they usually think of Scream 2. But earlier in her career, she starred in horror-comedy Tales From The Crypt Presents: Demon Night, in which she became part of the Final Girl pantheon. She plays Jeryline, a convict who is out on work release. But Jeryline’s ultimate fate is to destroy The Collector, a demon in search of a key that will give him and other demonic forces power over the universe. She also becomes the next keeper of the key, meaning the universe’s peace is in her hands. 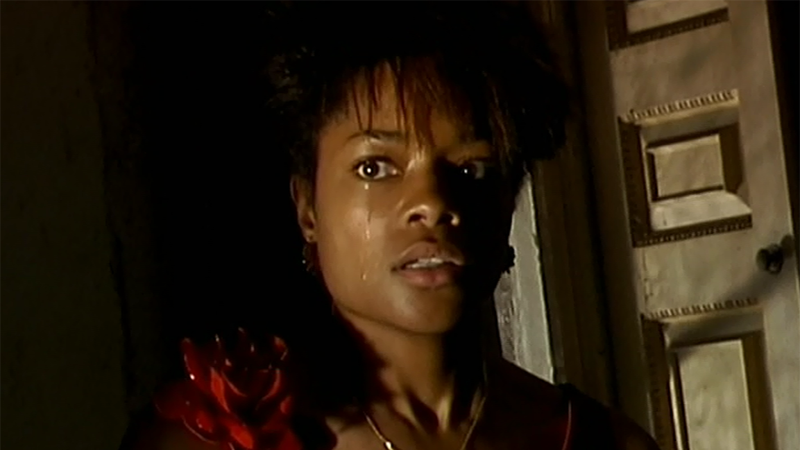 As Selena, Naomie Harris survives a viral outbreak that has turned the UK into a living nightmare. Selena has to endure hardships worse than the actual virus, as she is abused while the threat of sexual slavery looms over her. But she and her compatriots manage to escape capture and execution with their reward being possibly spotted by a helicopter who can bring them to safety. 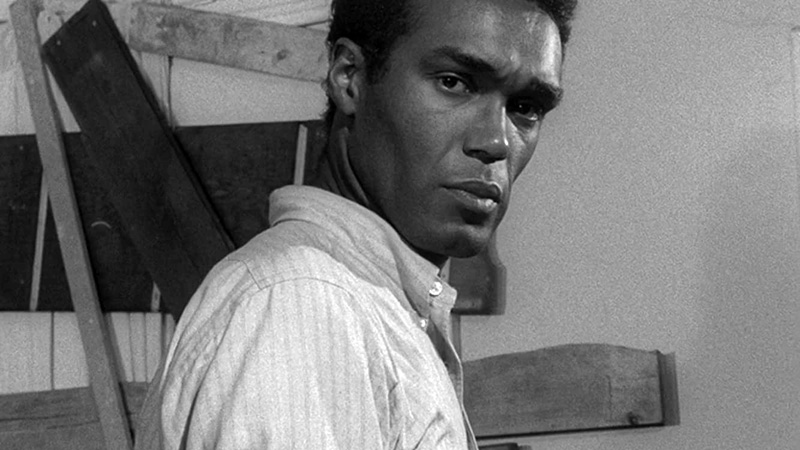 George A. Romero became a household name with his zombie classic, and his leading star, Duane Jones, became a revolutionary hero of horror. The film was an anomaly in Hollywood at the time of its release for showcasing a Black star in the leading role. As Ben, Jones showcased similar traits that Sidney Poitier exhibited in his dramatic roles–intelligence, calmness, and level-headedness, all of the qualities of a resourceful leader. Ben is able to keep himself alive throughout the most terrifying circumstances, and though, SPOILER ALERT, he doesn’t live to see the end credits, he still deserves a spot on this list as being one of the pioneering Black survivalists in entertainment.

6. Chris Washington (Get Out) 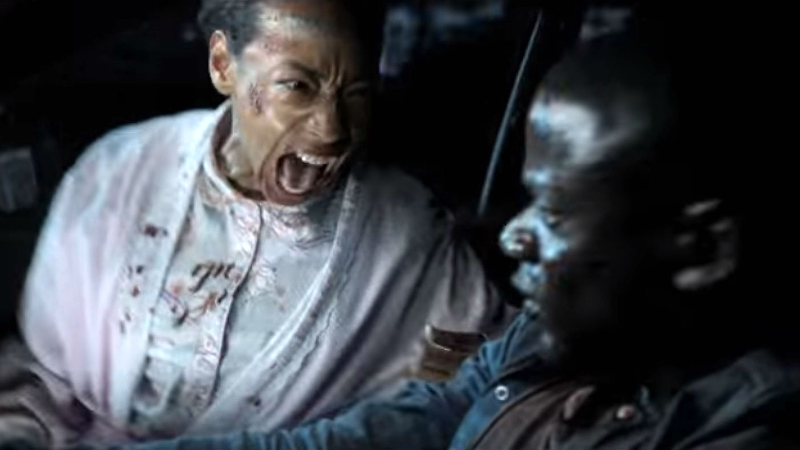 Daniel Kaluuya’s Get Out character Chris Washington almost became a husk for the Armitage family, who use Black bodies to house rich white people’s minds, giving them a form of immortality. But, with the help of his friend Rod Williams (Lil Rel Howery) and with his own will to live, Chris is able to defeat the family and escape.

7. Karla Wilson (I Still Know What You Did Last Summer) 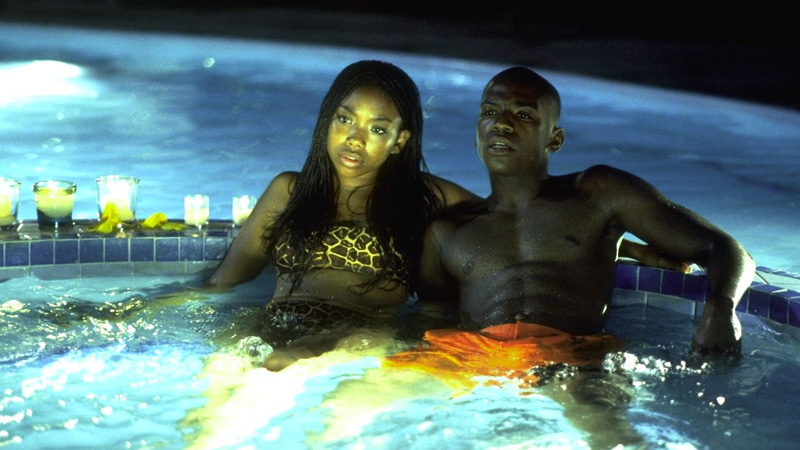 Brandy’s character Karla Wilson is unfortunately roped into the deadly shenanigans her friend Julie James (Jennifer Love Hewitt) tried to escape in the original, I Know What You Did Last Summer. But thankfully, she survives and is able to go back to her killer-free life. Unfortunately, Karla’s boyfriend Tyrell Martin (Mekhi Phifer) isn’t so lucky. 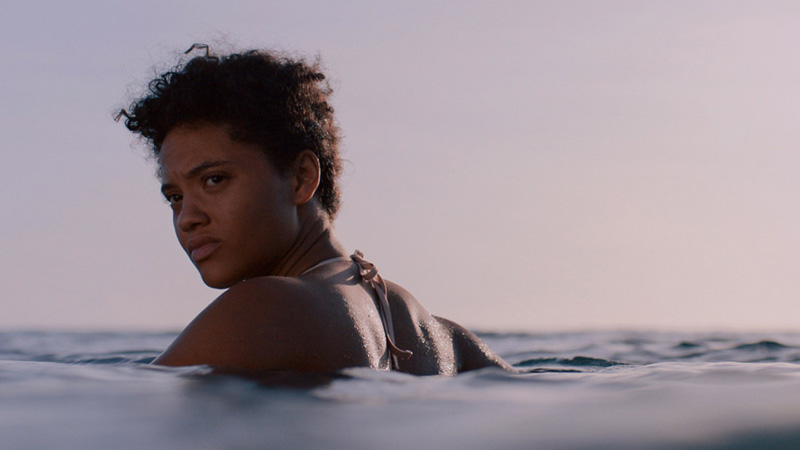 Kiersey Clemons stars as Jenn in Sweetheart, a Blumhouse on-demand feature. Jenn, one of the survivors of a boat accident, is the only one who sees a hideous monster that lives beneath the ocean. But the others, including her boyfriend, fail to believe her until it’s too late. Thankfully, Jenn uses her survival skills to successfully battle the monster. 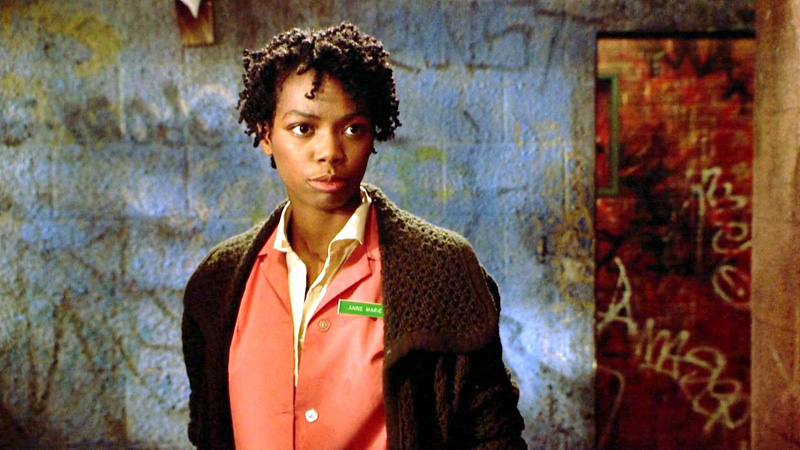 In Candyman, Vanessa Williams plays Anne-Marie McCoy, one of the residents of the Cabrini-Green complex who have grown up with the urban legend of the Candyman. She has a young child, Anthony, whom she’s trying to raise. But after Anthony goes missing once grad student Helen (Virginia Madsen) has awakened the Candyman, Anne-Marie goes into attack mode, battling against a confused Helen who doesn’t understand that Candyman has chosen her to be his victim. Helen manages to save Anne-Marie’s baby,  but Anne-Marie’s story gets to continue on in the upcoming Candyman sequel, with a grown-up Anthony (Yahya Abdul-Mateen II) seemingly following in Helen’s footsteps of not heeding Anne-Marie’s warnings. 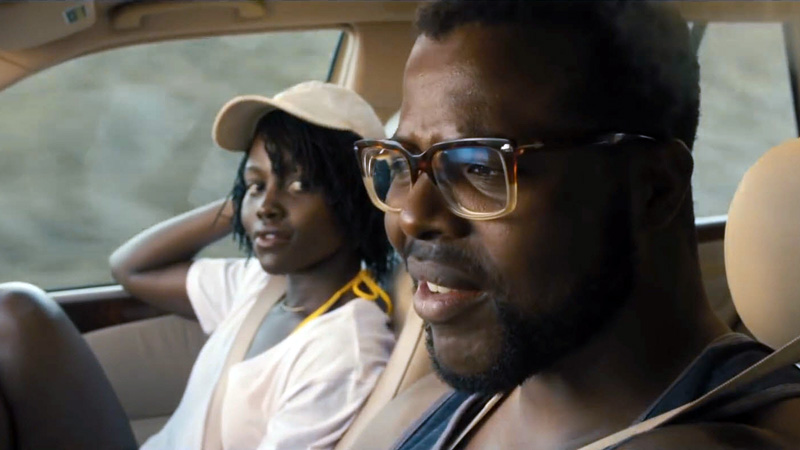 Lupita Nyong’o does double duty in Us, playing both Adelaide and her tether Red, who is ready to hunt and kill Adelaide and the rest of her family in order to take her place. Adelaide survives the night, but we are led to wonder if it’s her or Red we should have been rooting for to be the Final Girl. 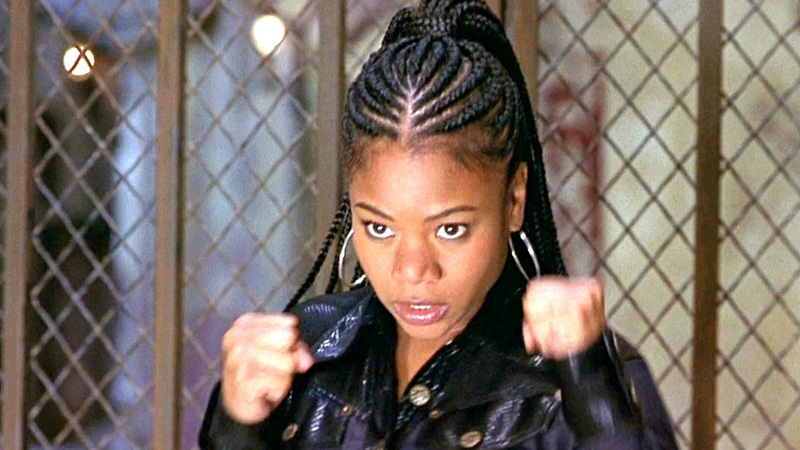 Brenda Meeks, Regina Hall’s iconic character from the Scary Movie franchise, has become a fan favorite because not only does she’s funny, but because she miraculously survives despite dying in two of the films. But in the second Scary Movie, she actually survives, defeating an evil caretaker. 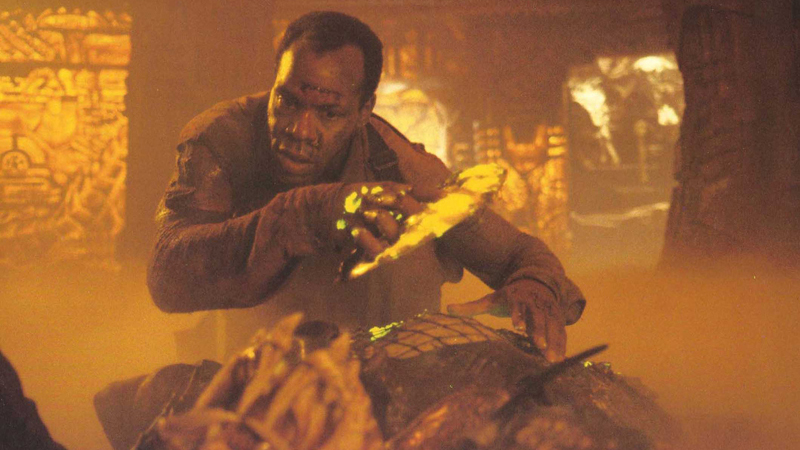 Danny Glover’s character, Police Lieutenant Michael R. Harrigan comes into contact with the Predator when looking for the killer of a fallen detective. But he quickly becomes well-versed in survival, killing the Predator in close combat and earning the respect of the other Predators in return.