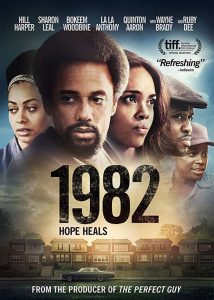 Synopsis: 1982, a film inspired by true events at the onset of the crack epidemic in Philadelphia, tells the story of a father and his efforts to protect his gifted daughter from the insidious epidemic which has literally come home via her drug-addicted mother. As his wife becomes more distant and unreliable, he struggles to raise his daughter on his own, while still striving to help his wife become clean. In the process, he learns some hard truths about his marriage and his life, which will ultimately test him as a parent, a husband, and a man.