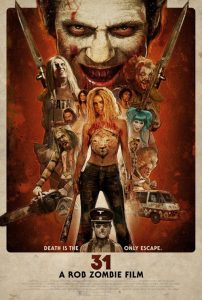 Synopsis: The day before Halloween, five carnival employees are kidnapped & held hostage in an isolated compound known as “Murderworld”. On Halloween, they are thrown into a sadistic game called “31” where they must survive 12 hours against a gang of maniacs dressed like clowns. However, the clowns aren’t the only ones they need to worry about – a grand scheme of satanic rituals & a much more sadistic plot awakens. It’s time to play 31. 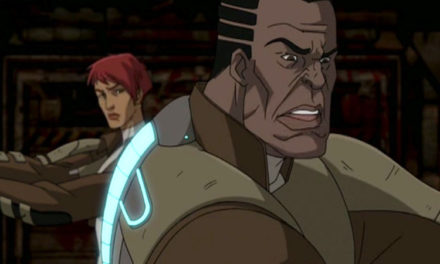 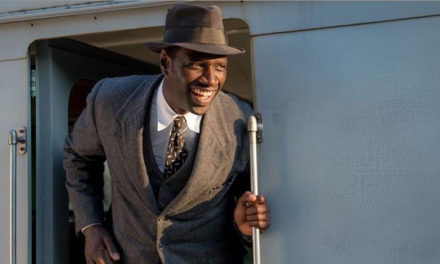 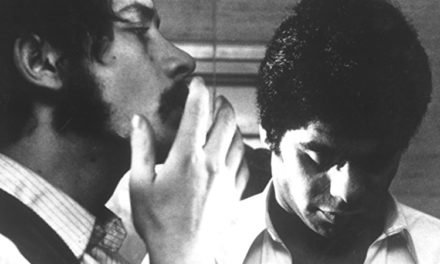 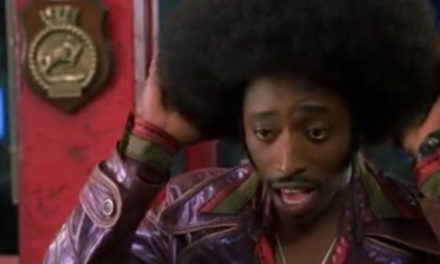