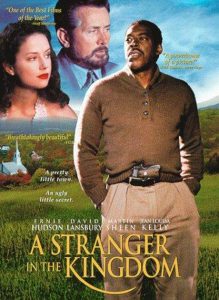 Synopsis: A Vermont town in the 1950’s hires a new minister based on his war record and capable presentation, but then are shocked when he shows up and is a black man. Things go completely wrong for the minister when he becomes accused of the murder of a young woman he had given shelter.