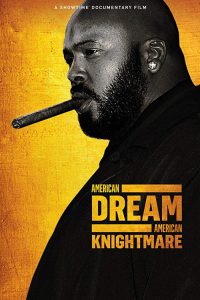 Synopsis: Special will delve deep into the life and storied exploits Suge Knight, Death Row Records co-founder, as well as the volatile and highly influential era in music that he presided over. With privileged access to those who were with Knight from the very beginning who loved, respected, feared and were inspired by him, we’ll be guided through this world by the man himself. He will personally reveal exactly how it all happened, why it all fell apart, and what the next chapter holds for one of America’s most iconic and mythologized figures.