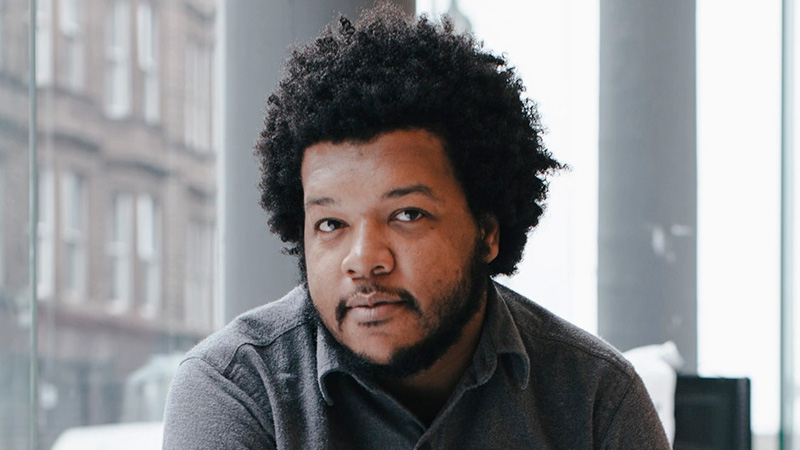 The company behind “Hoop Dreams” and Academy Award-nominated “Minding the Gap” has named Amir George its new artistic director.

George takes over on Nov. 1 at Kartemquin Films, the non-profit, Chicago-based documentary production collective. He is the first person of color to hold one of two top leadership positions at the 56-year-old company and the organization’s second artistic director. George succeeds Kartemquin co-founder and current artistic director Gordon Quinn, who will move into a new part-time role at the org as a senior advisor.

George will lead Kartemquin’s artistic vision and will help oversee the company’s operations. He will also serve as executive producer on all the outfit’s films.

“Kartemquin has been instrumental in taking documentary filmmaking into the public eye by showing how story can lift social issues and serve as a tool for influencing public debate and public-policy making around some of the most pressing issues of the day,” says Kartemquin Films executive director Betsy Leonard. “Under the new creative leadership of Amir, we are once again taking a visionary approach to building a multi-racial and multi-ethnic organization that reflects members of the filmmaking community and elevates the voice of Black, brown, queer and other voices that have been historically excluded in the arts. This is an important moment as we build the future trajectory of Kartemquin.”

George most recently served as a programmer for the Missouri-based True/False Film Festival. Prior to that, he worked as a programmer in residence at Black Cinema House, created in 2012 by Theaster Gates’ Rebuild Foundation on Chicago’s South Side. He brings 15 years of experience in filmmaking, programming, film fundraising, and artistic consultation.

“I care about the things on the margins not being said,” George says. “I care about the stories that haven’t been explored, the unknown possibilities and the opportunities that lie within — whether that be creatively, structurally, or industry-wide. I care about possibility. And Kartemquin represents possibility to me.”

In 2019, with Quinn as artistic director, Kartemquin received an Institutional Peabody Award for “its commitment to unflinching documentary filmmaking and telling an American history rooted in social justice and the stories of the marginalized.”

“With his cross-disciplinary background and generous spirit of collaboration, Amir is the right person to take the creative leadership mantle at Kartemquin as we strive to fulfill our evolving mission,” says Quinn. “He has a strong history and deep roots in the Midwest and new approaches to storytelling that will propel the organization into the future.”

Sylvia Ewing, chair of Kartemquin’s board, adds, “Anyone who cares about the future must ensure we are listening to the generation of leaders to whom it belongs. Amir brings a deep love for documentary, comprehensive knowledge of cinema past and present, and the collaborative spirit to navigate new partnerships and collaborations in the region and internationally. Amir is a quiet and beloved force, much like our co-founder Gordon Quinn.”

Arguably, Kartemquin’s best-known title is Steve James’ 1994 documentary “Hoop Dreams,” about the tale of two Black teens trying to make it in basketball and in life. Kartemquin and James have worked together on many of the director’s films, including “The Interrupters” (2011), “Life Itself” (2014), Oscar-nominated “Abacus: Small Enough to Jail” (2016), and most recently “A Compassionate Spy” (2022), which premiered at the Venice Film Festival in September. In total, Kartemquin has garnered four Academy Award nominations.