Beasts of No Nation Wins Big at Spirit Awards 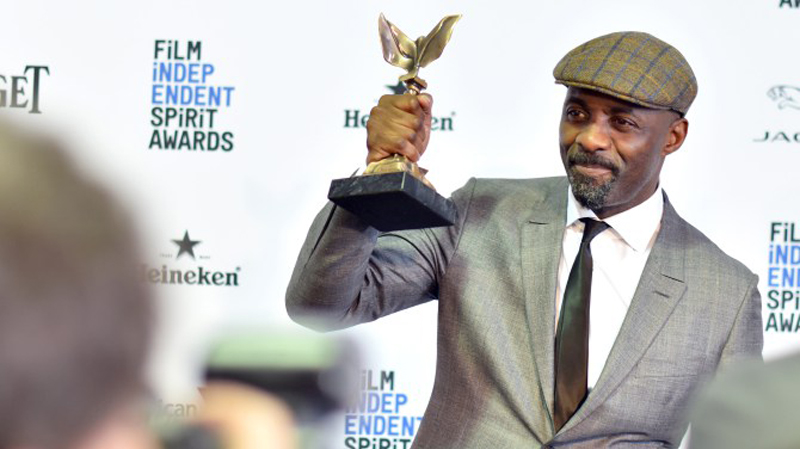 Earlier in the afternoon, Brie Larson took home the prize for best lead female for her performance in A24’s “Room” while Abraham Attah won the best actor prize for his portrayal of a child soldier in the Netflix drama “Beasts of No Nation” — his first acting role.

Castmate Idris Elba won the trophy for supporting actor for “Beasts of No Nation.” The award is a partial redemption for Elba, who was snubbed by the Academy of of Motion Picture Arts and Sciences on Jan. 14 for his role as a commandant of an African army of child soldiers — a major reason for the #OscarsSoWhite protest about the exclusion of non-white actors from the nominations.

Elba brought on his Ghanian co-star Attah on stage in his acceptance speech. Elba won the Screen Actors Guild award for the part on Jan. 30.

“Spotlight” won the top feature film award over “Anomalisa,” “Beasts of No Nation,” “Carol” and “Tangerine.” The drama, co-financed by Participant and released by Open Road, is up for six Oscars including Best Picture.

Tom McCarthy won the Spirit Award for directing “Spotlight” — his second award of the day after winning for the script. McCarthy and Josh Singer won for Best Screenplay for a script that recapped the Boston Globe’s Pulitzer Prize-winning investigation into pedophile priests.

The “Spotlight” announcements evoked a strong response from the audience at the 31st Spirit Award ceremonies at a tent on Santa Monica beach on Saturday afternoon. Singer paid tribute to abuse survivor Phil Saviano, who was  in the audience and given a standing ovation.

McCarthy had introduced both the cast and the Globe journalists during the presentation of the previously announced Robert Altman cast award.

“We stand on the shoulders of these journalists,” McCarthy said back stage.

Mark Ruffalo echoed that sentiment, saying that the journalists had been integral to making the movie: “We would not have been here had they not been so generous.”

In a pre-broadcast announcement, Tom McArdle won the editing award for “Spotlight.” He’s also up for the Oscar.

In one of the most popular announcements, transgender actress Mya Taylor won for best supporting actress for the transgender drama “Tangerine” for her role as sex worker Alexandra. The film was shot on an iPhone by director Sean Baker.

“I came from almost nothing,” a beaming Taylor said from the stage following a standing ovation. “My life did a total 360.”
Marielle Heller won the award for best first feature for “The Diary of a Teenage Girl,” starring Bel Powley in a coming-of-age drama.

Joshua Oppenheimer’s “The Look of Silence,” centered on the Indonesian genocide of the 1960s, took the documentary trophy.

Ed Lachman won the cinematography award for “Carol,” a romance set in 1950s New York City. It was the only win Saturday for “Carol,” which had scored a leading six Spirit nominations.

Laszlo Nemes’ “Son of Saul” took the international award. The Hungarian film, set in a World War II concentration camp, is a front-runner for the foreign language Oscar.

Trey Edward Shults’ “Krisha,” which was shot in nine days at the home of Shults’ parents, took the John Cassavetes award for best film produced for under $500,000.

“The Spirit Awards honor the films you’ve been meaning to see,” Nanjiani said.

The Spirit Awards are voted on by members of Film Independent and require that the films be produced in the U.S. for less than $20 million. “Birdman” and “12 Years a Slave” won both the Spirit Award and the Oscar best picture trophies during the past two years, as did “The Artist” four years ago.

McKinnon also quipped, “‘Carol’ is the most compelling story about someone leaving gloves behind since ‘The People Vs. OJ Simpson.”

See the winners and nominees below: