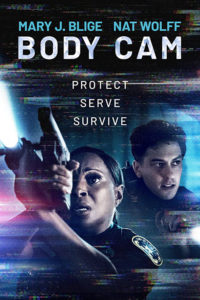 Synopsis: The film is described as “Get Out meets End of Watch” and follows several LAPD officers who find themselves haunted by a malevolent spirit that is tied to the murder of a black youth at the hands of two white cops — all of which was caught on a body cam video that was destroyed in a cover-up. READ REVIEW

Note: Richmond Riedel was originally credited with an earlier draft of the screenplay and John Ridley (along with Nicolas McCarthy) was listed as the screenwriter but now John’s name is gone and replaced with Richmond’s and the mention of earlier draft removed.