Brown Sugar features an extensive library of iconic 1970s black movies (and the films they would later inspire), all un-edited and commercial-free as they were originally seen in theaters. Titles include “The Mack,” “Foxy Brown,” “Shaft,” “Super Fly,” “Dolemite,” “Cotton Comes to Harlem,” “Uptown Saturday Night,” “Cooley High,” “Three The Hard Way,” “Coffy,” “Black Caesar,” “Five on the Black Hand Side,” “Cleopatra Jones,” “Mandingo,” “Willie Dynamite,” “Which Way is Up?,” “Car Wash,” “The Original Gangstas”and many more.

Featuring a one-of-a-kind library consisting of titles licensed from Hollywood studios, Brown Sugar is now available in the Google Play Store and iTunes App Store and at www.BrownSugar.com, for a retail price of $3.99/month; although the service launch is offering a free initial month-long trial period.

Fred Williamson and Pam Grier, the King and Queen of the blaxploitation era, are official ambassadors for Brown Sugar, as is rapper Rick Ross, who is a huge fan of the movies.

“Brown Sugar is just like Netflix, only blacker,” said the Grier. “These movies are entertaining and fun, but they were also empowering to the black community as they depicted African Americans as strong leading characters and heroes for the first time.”

“You wonder why we call it Brown Sugar? Because it’s bad ass – like me,” commented Williamson. “Brown Sugar is the coolest streaming movie service on the planet.”

Rick Ross commented, “You can see the influence of these movies in every aspect of rap and hip-hop; in the music, the lyrics, the fashion and overall style – the Blaxploitation genre is where it all began.” 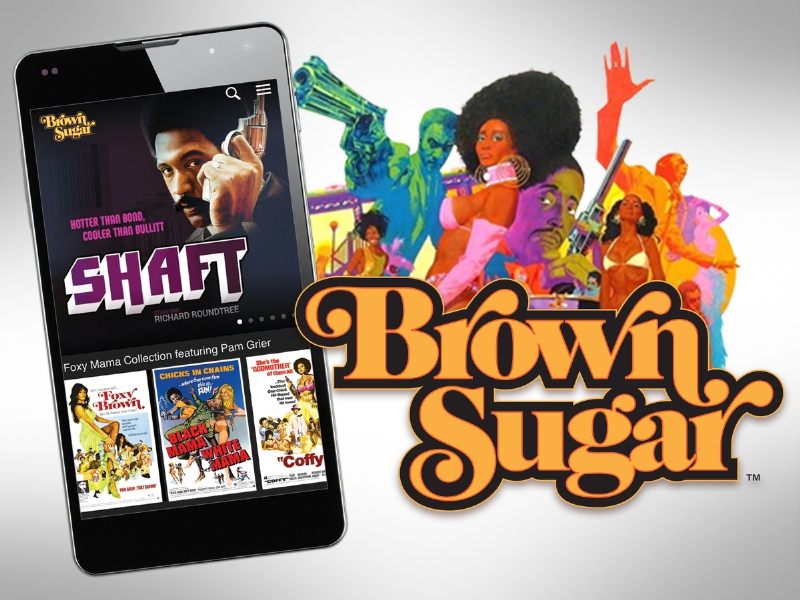 Brown Sugar curates its films for fans, including themes like:

Brown Sugar is now available in the Google Play Store and iTunes App Store and at www.BrownSugar.com, for a retail price of $3.99/month; although the service launch is offering a free initial month-long trial period.