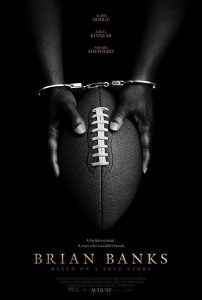 Synopsis: The story of Brian Banks, an All-American high school football player committed to USC by his junior year whose life was upended in 2002 when he was falsely accused of rape. Despite maintaining his innocence, Banks was railroaded through the system and sentenced to a decade of prison and parole. READ REVIEW