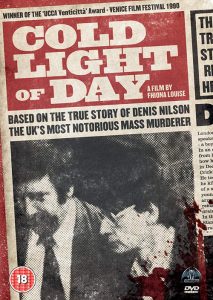 Synopsis: Fictionalized account based on the actions of serial killer Dennis Nilsen.

Note: The film was re-released in the UK February 14, 2008 on DVD under the title “Killer Kiss”. I’m having trouble finding a trailer for either title or an actual DVD to buy. Above is a clip from the film. I’ve watched this movie twice. I never see Keith or hear any mention of his characters name, Billy. IMDB has the runtime as 81 minutes. The version I saw was 76 minutes. Maybe there is another cut out there.