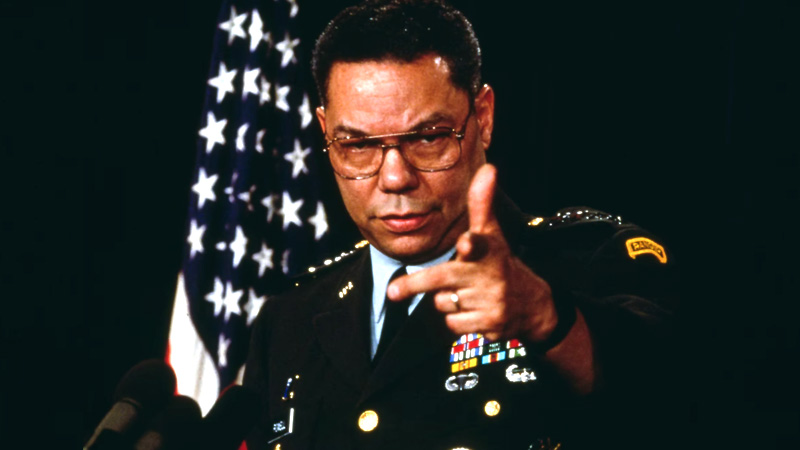 His family confirmed his death on Monday in a public Facebook post, noting that he was fully vaccinated. Powell was 84.

The statement, signed by The Powell Family, reads: “General Colin L. Powell, former U.S. Secretary of State and Chairman of the Joint Chiefs of Staff, passed away this morning due to complications from Covid 19. He was fully vaccinated. We want to thank the medical staff at Walter Reed National Medical Center for their caring treatment. We have lost a remarkable and loving husband, father, grandfather and a great American.”

Former President George W. Bush released a statement shortly after the Powell family, calling the former Secretary of State “a great public servant, starting with his time as a soldier during Vietnam.”

Continued Bush: “Many Presidents relied on General Powell’s counsel and experience. He was National Security Adviser under President Reagan, Chairman of the Joint Chiefs of Staff under my father and President Clinton, and Secretary of State during my Administration. He was such a favorite of Presidents that he earned the Presidential Medal of Freedom — twice. He was highly respected at home and abroad. And most important, Colin was a family man and a friend. Laura and I send Alma and their children our sincere condolences as they remember the life of a great man.”

He later attended George Washington University and became a White House fellow in 1972, just three years after returning from Vietnam. After becoming an assistant to Frank Carlucci, deputy director of the Office of Management and Budget, he rose through the ranks, and was eventually tasked with oversight of the Armed Forces Command in 1989.

Later that year, President George Bush nominated him as Chairman of the Joint Chiefs of Staff — a position that saw him play a prominent role in the planned invasion of Panama, as well as the Desert Shield and Desert Storm operations of the Gulf War. He retired from the military in 1993 and later joined the Republican Party.

In January 2001, Powell was made Secretary of State by President George W. Bush, and went on to become a key figure in the Iraq War. He made a notorious speech to the United Nations in 2003, where he attempted to make a case for the war using what was later discovered to be false evidence.

Powell resigned as Secretary of State in 2004, shortly after Bush was re-elected, and was replaced by Condoleezza Rice.

He has appeared as himself in a number of documentaries over the years, most recently serving as an interviewee in Apple TV Plus and BBC documentary “9/11: Inside the President’s War Room.” His autobiography, “My American Journey,” was published in 1995.

Powell is survived by his wife of 59 years, Alma, and their three children and four grandchildren. His son, Michael Powell, spent eight years at the Federal Communications Commission, from 1997 to 2005, and is now president and CEO of telecommunications lobbying organization NCTA.