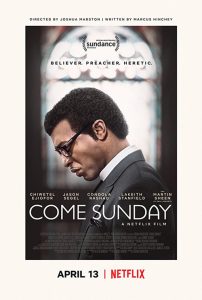 Synopsis: Based on an episode of the public radio series This American Life, which centers on Bishop Carlton Pearson, a rising star among evangelicals until he was ostracized by his own church and declared a heretic after he started preaching that there is no Hell. READ REVIEW