Corey Hawkins on How Working with Denzel Washington… 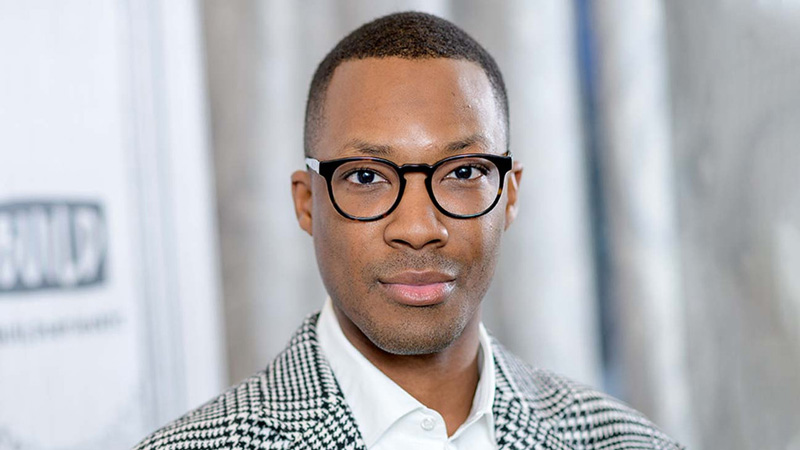 Actor Corey Hawkins is incredibly grateful to know Denzel Washington, his legendary co-star in “The Tragedy of Macbeth.” “I love that I get to walk in his footsteps, but I know I can never fill that man’s shoes,” Hawkins tells Variety’s Awards Circuit Podcast. “To share space to sit down in his dressing room, and talk, pray, listen, talk sports, talk whatever – they say never to meet your heroes but to finally dispel that rumor because he is the greatest of all time.”

Listen to the full interview with actor Corey Hawkins in the latest edition of Variety’s Awards Circuit Podcast below!

After breakout performances over the years in films such as “Straight Outta Compton” and “BlacKkKlansman,” Hawkins takes on the classic role as Macduff, the foil to the titular character in writer and director Joel Coen’s new, monochrome adaptation of the William Shakespeare play. Even more poetic, the film had its World Premiere at the New York Film Festival in late September at the Alice Tully Hall Theater, the main performance venue for the Julliard School in New York City. Hawkins attended Julliard, and says that returning to the old stomping grounds to unveil his most notable feature film yet was uncommonly cathartic.

Opposite two-time Oscar-winner Washington and four-time winner Frances McDormand, the 33-year-old Hawkins takes on the moral figure with a fury of passion and technique, managing to carve out multiple standout moments along with other featured players Moses Ingram and Kathryn Hunter.

In addition, Hawkins has had a robust cinematic year that included his performance as Benny in the big-screen adaptation of the Tony-winning musical “In the Heights” from Jon M. Chu. Hawkins is already starting to rack up accolades, including two SAG Award nominations for being part of the ensembles of “Straight Outta Compton” and “BlacKkKlansman.” He also has a Tony nomination for best actor in a play, for his role as Paul in the 2017 stage production of “Six Degrees of Separation.”

Next on the acting docket for Hawkins is taking on the character Harpo, in the musical adaptation of “The Color Purple” from director Blitz Bazawule. He has also lined up an unknown role in the “Last Voyage of the Demeter” from André Øvredal, based on a single chapter from Bram Stoker’s 1897 novel “Dracula.”

“The Tragedy of Macbeth” is scheduled to have a limited release in theaters on Dec. 25 before streaming on Apple TV Plus on Jan. 14, 2022.