Could DeVon Franklin be the Next Oscar President? 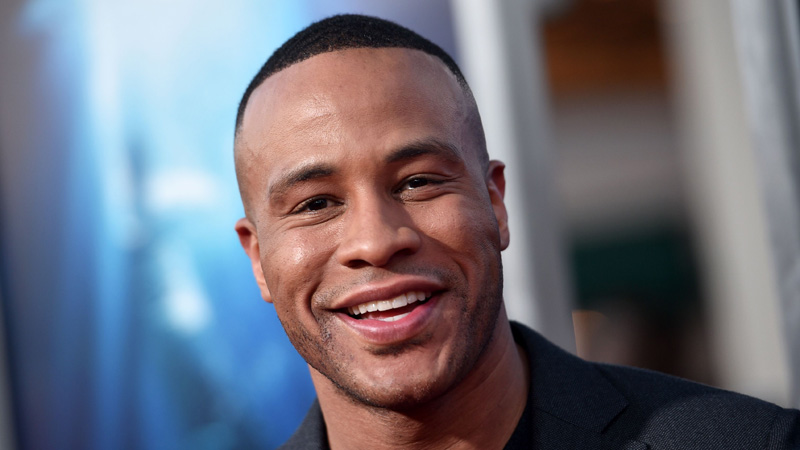 With new Academy of Motion Picture Arts and Sciences CEO Bill Kramer in place, the next big question mark for the organization that hosts the Oscars revolves around who will replace outgoing president David Rubin, whose term ends this summer. On Aug. 2, the AMPAS Board of Governors will select its 38th president.

Whoever takes the No. 2 slot will face intense pressure to navigate agendas dictated by bylaws, decades of tradition and an ever-changing media landscape. Two front-runners have emerged to lead the organization’s nearly 10,000 members, and both are producers: Janet Yang, an Ivy League graduate whose film credits include “The Joy Luck Club” (1993), and DeVon Franklin, a former Sony Pictures Entertainment executive who is president and CEO of multimedia company Franklin Entertainment.

Yang, who is of Chinese descent, and Franklin, who is Black, would represent a new-looking Academy leadership that’s been overwhelmingly male and white over its history. Yang would be the first Asian and fourth woman to lead the org, while Franklin would be the first Black man and second African American (after Cheryl Boone Isaacs) to hold the position.

The 94th Oscar telecast on March 27 pulled in more viewers than last year’s but was the second-lowest-rated Academy Awards ceremony in history. Then-CEO Dawn Hudson and Rubin were highly criticized for their response and handling of the controversy that erupted after eventual trophy winner Will Smith slapped presenter Chris Rock.

It’s unclear at this point who looks to have the most votes for the president position.

One governor, who agreed to speak anonymously, describes the upcoming election as the “most critical and defining moment” in the organization’s history. The governor also says, “Whether or not the Oscars are here and alive in 2025 is dependent on the leader that we select for the next term.”

Yang, 66, is an established figure in Hollywood who has worked with filmmakers including Oliver Stone and Kathryn Bigelow. Another governor describes her as “a very smart and seasoned professional.”

Franklin, 44, like Yang, a governor-at-large and formerly selected as one of Variety’s 10 Producers to Watch, has been deeply involved with the Academy’s strategy regarding diversity and inclusion. One governor describes him as “the epitome of what our industry needs more of.” Further stating he is popular among the Board. The perceived hesitancy from one Board member says he’s “inexperienced.” He would be among, if not, the youngest president ever elected to lead the Academy. But isn’t that what the Academy needs right now? Fresh ideas and perspective, while still honoring the tradition of a nearly 100-year organization?

But how do you unite a fractious membership and viewership? No one has the definitive answer, but that isn’t stopping AMPAS from trying.

Per the Academy bylaws, presidents are elected for one-year terms and cannot be elected for more than four consecutive terms. Rubin has been at the helm since 2019, following the likes of Frank Pierson, Karl Malden and Gregory Peck.

Similar to U.S. American politics, the structure of the Academy’s leadership operates in silos. It is not always “united,” with the 17 creative branches advocating for its artists (constituents) and not looking beyond its own creative spaces.

The AMPAS President has to be the “Speaker of the House,” communicate their strategic vision and rally the troops to move their agenda forward. Kramer would work hand-in-hand with the president to address the most pressing issues. Still, most importantly, it’s an ongoing quest to regain its clout and popularity during the glory days of “Titanic” (1997).