Cynthia Erivo on Her ‘Surreal’ Journey to the Oscars 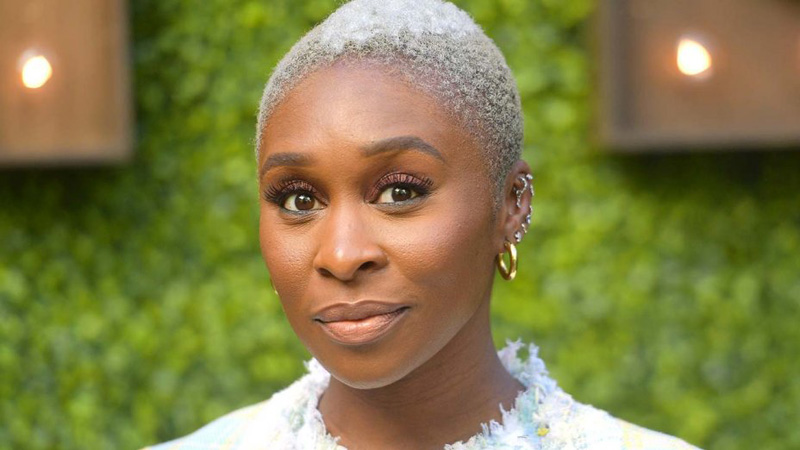 To say Cynthia Erivo’s last few months have been nothing like she has ever experienced before would be an understatement.

Let’s just get to the obvious: the British actor and singer is not only a first-time Oscar nominee, but she’s up for two Academy Awards, one for best actress for her portrayal of Harriet Tubman in “Harriet” and the other for original song with Joshuah Brian Campbell for “Stand Up” from the film’s soundtrack.

“It just is all crazy,” Erivo says on this week’s episode of “The Big Ticket,” Variety and iHeart’s movie podcast. “It feels like things happened really fast, but I know that it took a long time to get to the point where it could go really fast, you know what I mean? It’s just surreal, really, to think about where I was a few years ago and where I am now. They’re just leaps and bounds apart. It’s just so mad.”

And “Harriet” is only Erivo’s third film. Her jump to the big screen came after winning a Tony three years ago for her work as Celie in “The Color Purple” musical. Despite the accolades and fame, Erivo insists she’s stayed grounded. She mentions a recent chat with her sister — they didn’t talk work, but instead about the photos a cousin sent them of Erivo when she was about two years old.

Erivo shows me the pic. “I look like Minnie Mouse,” she says, pointing to herself wearing a red dress with matching ribbons in her hair.

I ask her what she’d like to tell that little girl now. “I tell her that she’s done a really good job and that she should always have fun, and her fashion sense seems to not have gone anywhere,” says Erivo, who’s become an instant fashion icon for her various colorful and eclectic red carpet looks. “My eyes are still big and bright, so I hope they stay that way. You know, not to be afraid of being that way, to be bright, to be fun, and to be the one that sticks out in the crowd if she wants to.”

It’s probably not the way she wanted to stick out among this year’s Oscar nominees, but Erivo is the only person of color nominated in the acting categories. In fact, as Variety first reported, there are only five nominations for black people throughout all the categories. Erivo accounts for two of those nominations. Even worse, there were no black actors nominated for this year’s BAFTAs, which prompted Erivo to decline the organization’s invitation to perform at its ceremony on Feb. 2.

Erivo’s nomination for “Stand Up” will have her performing the song at the Oscars. “Before anything else, before the nominations, one of the dreams of mine was to perform on the Oscar stage — with or without a nomination,” she says. “Any song. It could have been anyone else’s song. So to do this with my own song, it’s, like, beyond belief. I can’t even begin to put into words how it feels.”

Erivo admits that right before most live performances, she forgets the first line of the song. She usually has to ask her musical director for the lyrics as she gets ready to take the stage. Another ritual is spraying herself with some perfume. “Even if no one can smell me, I always perform with perfume,” she says.

As awards season winds down — final Oscar voting closes on Feb. 4 — I ask Erivo if there are any moments that she’s experienced that stand out as particularly surreal. “I was at the Grammys and Smokey Robinson walks by with his wife and stops. He goes, ‘We just love. We watched your film and we think you’re amazing,’” Erivo recalls. “I’m looking at Smokey Robinson thinking, ‘Do you realize that you changed the face of music? Are you crazy? This is crazy. You’re Smokey Robinson.’”

Her smile widens: “Those moments are crazy. These are people that I have looked up to my entire life.”

You can listen to the full interview with Erivo below. You can also find “The Big Ticket” at iHeartRadio or wherever you listen to your favorite podcasts.