In the mid-2000s, Dave Chappelle was truly on top of the pop culture world. The first two seasons of his Comedy Central sketch series Chappelle’s Show had captured America’s imagination, with characters and catchphrases from the show quickly permeating households far and wide. Then, seemingly just as quickly as Chappelle’s rise occurred, he vanished. Well, not literally, but he might as well have vanished from the comedy scene. Infamously walking away from a $50 million payday due to creative differences with Comedy Central brass, Chappelle ditched the show that made him an A-lister while season 3 was still in production.

In the years since, Chappelle has continued to perform stand-up, but has mostly steered clear of appearances on TV or film. That was until his recent turn hosting Saturday Night Live’s post-election episode, which saw Chappelle return to the world of sketch comedy for the first time since Chappelle’s Show’s unceremonious demise. Some wondered whether he could recapture some of that old magic, but Chappelle more than succeeded in doing so, earning SNL its best ratings since 2013 and receiving raves for his work. A few classic Chappelle’s Show characters even came along for the ride.

With a well-received debut as SNL host now under his belt, many fans instantly began wondering what was next for Chappelle, and whether a full-time return to sketch work might be in the cards. Unfortunately, that last wish remains a pipe dream for now, but Chappelle (as reported by THR) is at least set to return to the world of TV, in the form of 3 upcoming stand-up specials for streaming powerhouse Netflix. 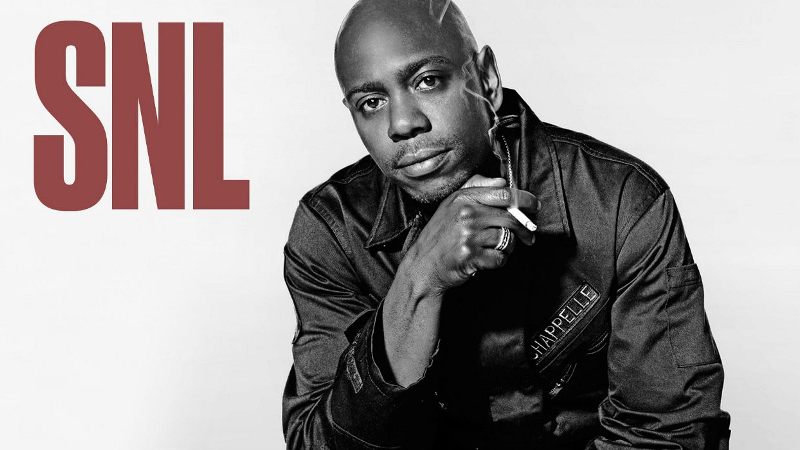 While all 3 specials will consist of never before seen material, only 1 will be produced specifically for Netflix, and has yet to be filmed. The other 2 specials are taken from Chappelle’s personal vault, and have never before been shown to anyone outside of those originally in attendance. All 3 specials are expected to become available for streaming simultaneously in 2017.

This trio of stand-up concert specials will represent Chappelle’s first performances of that type since 2004’s For What It’s Worth, which was released during the height of Chappelle’s Show mania. With Chappelle’s SNL debut returning the comedian to the heights of current pop culture, it is most definitely quite the coup for Netflix to land his first TV specials in over a decade. This is only the latest in a series of big moves made by the streaming service this year alone, which also included a $40 million stand-up deal with Chappelle’s buddy Chris Rock.

Dave Chappelle’s 3 Netflix stand-up specials have yet to receive a premiere date.