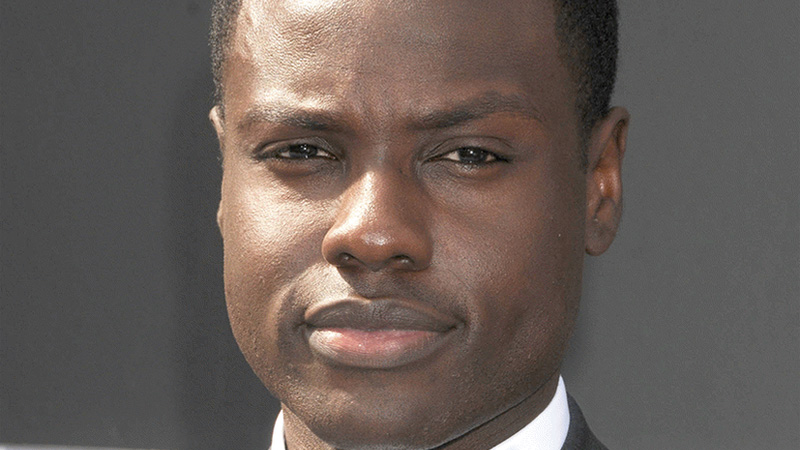 Director Alan Taylor’s Terminator Genisys opens in just a few weeks, and will prove whether or not a fifth film in the venerable sci-fi/action series established by James Cameron’s 1984 original film was worth the wait. Cameron himself has praised the new entry, and with the return of franchise star Arnold Schwarzenegger alongside newcomers Emilia Clarke (as Sarah Connor), Jason Clarke (as John Connor) and Jai Courtney (as Kyle Reese), this reboot/sequel aims to launch the franchise in a new direction.

While the film’s trailers and TV spots have teased out the big, mythos-shattering twists Terminator Genisys takes – such as setting up a cyborg John Connor as the main villain – and a recent featurette focuses on Schwarzenegger’s aged T800 protector ‘Guardian,’ there is another cast member whose role symbolizes the movie’s deep ties to its James Cameron roots: Dayo Okeniyi, who plays Danny Dyson, the son of Terminator 2‘s Cyberdyne Systems engineer Miles Dyson (played by Joe Morton in T2 and Courtney B. Vance in Genisys).

In a recent interview with Blackfilm, Okeniyi – who fans of The Hunger Games will recognize as District 11 tribute Thresh – talks about his role, the movie’s various timelines, and how he fits into the overall plot.

When asked to describe Danny Dyson, Okeniyi said the following:

Danny Dyson is the son of the great inventor, Miles Dyson, who is the CEO of Cyberdyne Systems and he creates the seed that will basically become Skynet. In our movie, Danny, who was a kid seen in ‘T2,’ is a lot older in the time that we jump into and on the cusp of taking the reins of his father’s position. He’s very ambitious and wants to create great technology for the future. He’s created this technology that he is unaware of but it’s the Trojan horse that creates the Terminator.

As for the continuity-blending teased in the various trailers, Okeniyi confirms that Terminator Genisys takes place within multiple timelines, saying:

The timeframe in which we see Danny Dyson is the present time. The movie has the past, the present, and the future. 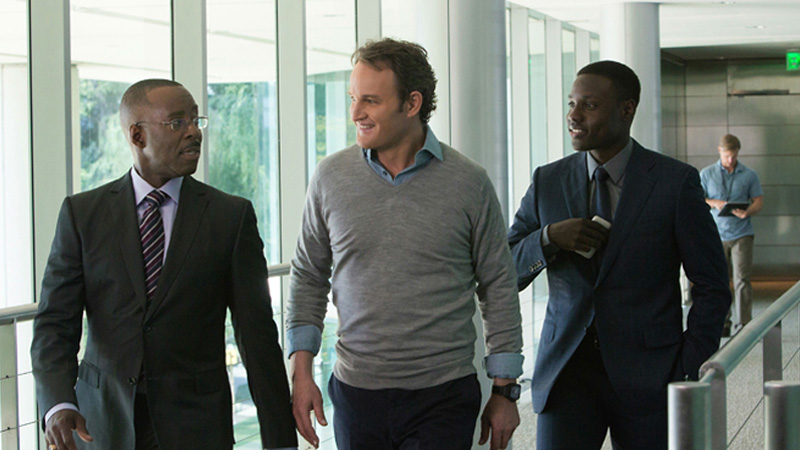 The movie’s second full-length trailer drove home the franchise-reset thrust of the plot, which partly explains how Danny Dyson’s father Miles can be alive in the “present” after dying as a hero toward the end of Terminator 2. Okeniyi describes Genisys as more of a ‘retelling’ than a straight sequel, saying:

The film is a retelling for a new generation. When people see this movie, the fans of the franchise will easily recognize the characters and the roles that they play right off the bat. There are a lot of homages to the first and second films. It’s definitely a retelling but I would advise people to see the other films just to be familiar with some things. I would compare this to ‘Game of Thrones’ where you have the book and TV series and even though they are both companion pieces and tell the same story but they present different scenarios. Overall, I would say that for new and fresh eyes coming in, they won’t be a step behind. They’ll be right there with the rest of them.

Okeniyi praised his co-stars, calling Courtney B. Vance “a legend” and referring to Jason Clarke as a “big brother” while on set. We haven’t seen Okeniyi in any of the spots and trailers, but given how central to Skynet’s creation Miles Dyson turned out to be in the original timeline, will Danny Dyson turn out to be as crucial to the AI’s birth in this reboot? We’ll find out for sure in July.