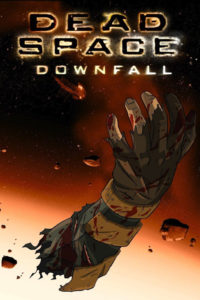 Synopsis: The USG Ishimura, a miner spaceship, is transporting a strange artifact called the Red Marker. In the Aegis VII colony, where the Red Marker was found, there are some suicides and murders and the people are slowly going mad. The people are being infected by something. Barrow, the foreman, finds the body of his wife having committed suicide. Barrow decides to escape the colony’s madness and, taking his wife’s body, goes on board the Ishimura. But something happens to Barrow’s wife on board the Ishimura.