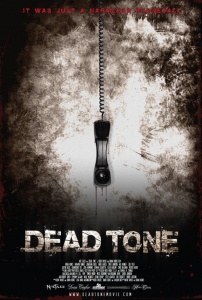 Synopsis: Finals at the prestigious University of Dreyskill are finally over and it’s time to party. “The Crew”, as they are known by their peers and dorm mates, are invited to a rich classmate’s hideaway mansion high up in the hills of Colorado. What was supposed to be a weekend of fun and relaxation quickly becomes a trip they will never forget… If they survive! A simple game of prank scare phone calls becomes an intense game of survival and escape when one of the Crew members accidentally calls the wrong person.