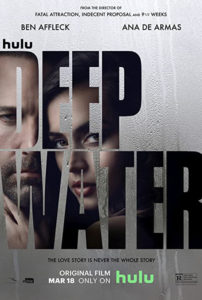 Synopsis: Vic and Melinda Van Allen are a couple in the small town of Little Wesley. Their loveless marriage is held together only by a precarious arrangement whereby, in order to avoid the messiness of divorce, Melinda is allowed to take any number of lovers as long as she does not desert her family. Vic becomes fascinated with the unsolved murder of one of Melinda’s former lovers, Malcolm McRae, and, in order to successfully drive away her current fling, takes credit for the killing. When the real murderer is apprehended, Vic’s claims are interpreted by the community as dark jokes. READ REVIEW