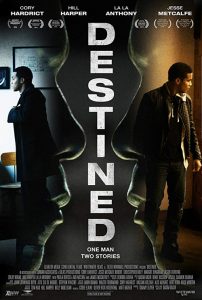 Synopsis: In one world, Rasheed Smith is a hardened criminal who has spent years building his drug empire. In another, he is an ambitious architect who has been working his way up the corporate ladder. Uniquely illustrated through parallel lives, Destined explores how one man’s future can be changed by a single moment. Facing everything from street violence to corporate corruption, Rasheed navigates his role in each world while demonstrating that on any path, life is never simple in the journey toward fulfilling your destiny.

Note: Film premiered at the Chicago International Film Festival (CIFF) on September 7, 2016. Above is the theatrical release date.