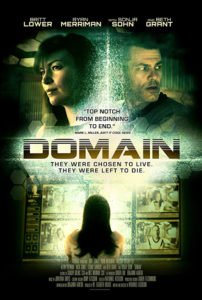 Synopsis: After a deadly virus wipes out most of humanity, the survivors are forced to wait in self-sustaining bunkers with a networked video interface for communication, but one by one, they start mysteriously disappearing.