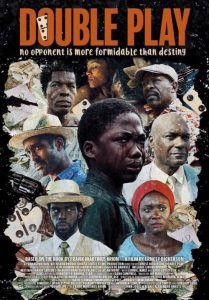 Synopsis: Based on the 1973 novel, Double Play deals with colonial unrest on the Caribbean island during the tumultuous transition from Dutch colonial rule to autonomous self-governance. Over the course of a game of dominoes that lasts an entire day, the fates of four men are revealed through a journey of love, loss and deadly betrayal, while political, social and sexual rivalries are provoked.