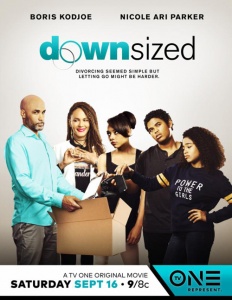 Synopsis: Ebony (Nicole Ari Parker) and Michael (Boris Kodjoe) were forced into a modern “shotgun” wedding after becoming teenage parents, putting their personal goals on hold in order to support their family. Amazingly, the two high school sweethearts managed to overcome the odds and establish a seemingly ideal life for themselves. However, the success that initially was meant to strengthen their family has become the very thing that is driving them apart. As a result, Michael desperately tries to hold onto everything he’s worked his entire life to gain. This leads the family on an unconventional adventure to restore the faith, hope, and trust that initially brought them together.