Euzhan Palcy and others to Receive Honorary Oscars 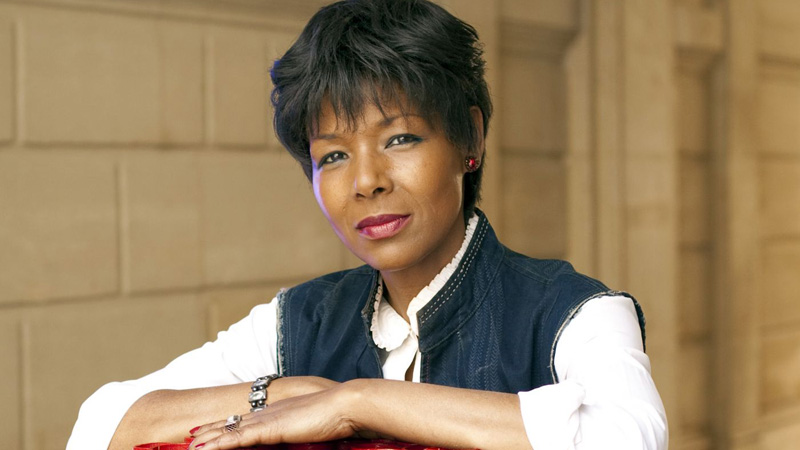 Euzhan Palcy, Diane Warren and Peter Weir will receive honorary Oscars at this year’s Governors Awards ceremony, the Academy of Motion Picture Arts and Sciences announced on Tuesday. In addition, actor Michael J. Fox will receive the Jean Hersholt Humanitarian Award. The four statuettes will be presented at the 13th annual ceremony on Saturday, Nov. 19, 2022, in Los Angeles.

“The Academy’s Board of Governors is honored to recognize four individuals who have made indelible contributions to cinema and the world at large,” said Academy president David Rubin. “Michael J. Fox’s tireless advocacy of research on Parkinson’s disease alongside his boundless optimism exemplifies the impact of one person in changing the future for millions. Euzhan Palcy is a pioneering filmmaker whose groundbreaking significance in international cinema is cemented in film history. Diane Warren’s music and lyrics have magnified the emotional impact of countless motion pictures and inspired generations of musical artists. Peter Weir is a director of consummate skill and artistry whose work reminds us of the power of film to reveal the full range of human experience.”

The Honorary Award is given “to honor extraordinary distinction in lifetime achievement, exceptional contributions to the state of motion picture arts and sciences, or for outstanding service to the Academy.”

Australian filmmaker Weir has directed some of the most iconic feature films of the past 40 years, beginning with “Picnic at Hanging Rock” (1975) and “The Last Wave” (1977). He helmed the war drama “The Year of Living Dangerously” (1982), which earned Linda Hunt an Oscar for best supporting actress. Weir landed his first nomination for best director for the crime thriller “Witness” (1986), alongside eight nominations for the film in total, including Harrison Ford for his sole acting nom and two wins, in original screenplay (Earl W. Wallace, William Kelley and Pamela Wallace) and film editing (Thom Noble). Never tying himself to one genre, Weir picked up five additional Oscar nominations through his career — 1989’s “Dead Poets Society” (director), 1990’s “Green Card” (original screenplay), 1998’s “The Truman Show” (directing) and 2003’s “Master and Commander: The Far Side of the World” (director and best picture). He also helmed the film “Fearless” (1993), which landed Rosie Perez an Oscar nom for supporting actress, one of the few Latinas ever to be nominated for acting.

Warren is one of the most prolific songwriters in history, having written original songs for more than 100 films. This has earned her a staggering 13 Oscar nominations in the original song category, beginning with “Nothing’s Gonna Stop Us Now” from the fantasy-romantic flick “Mannequin” (1987) and most recently with “Somehow You Do” from the addiction drama “Four Good Days” (2021). In between, she’s penned some of the most memorable tracks in movie history, including “Because You Loved Me” from “Up Close & Personal” (1996), “How Do I Live” from “Con Air” (1997), “I Don’t Wanna Miss a Thing” from “Armageddon” (1998) and “Til It Happens to You” from the documentary “The Hunting Ground” (2015), shared with pop star Lady Gaga.

Born in Martinique in the French West Indies, Palcy is a beloved writer, director and producer who has inspired filmmakers and artists everywhere. Her debut feature, “Sugar Cane Alley” (1983), won the Silver Lion at the Venice Film Festival, making her the first Black director ever to win the prestigious prize, along with three other prizes at the festival, including best actress for Darling Légitimus. Her next film, “A Dry White Season” (1989), made her the first Black woman to direct a movie for a major Hollywood studio and landed actor Marlon Brando his eighth and final Oscar nomination. Her final directing credit was for the musical fairytale “Siméon” (1992).

The Jean Hersholt Humanitarian Award, also an Oscar statuette, is given “to an individual in the motion picture arts and sciences whose humanitarian efforts have brought credit to the industry.”

Fox has been part of some of the most unforgettable films and television series of the past 40 years. Alongside his work in “Back to the Future” (1985), which picked up four Oscar noms, Fox has also starred in classics such as “Casualties of War” (1989), “Doc Hollywood” (1991), “The American President” (1995) and “The Frighteners” (1996). In television, he’s run the gamut, picking up five Emmy acting awards over his career. Those wins came for “Family Ties” for playing Alex Keaton (lead actor in a comedy from 1986-88), “Spin City” playing Mike Flaherty (lead actor in a comedy in 2000) and for his single episode of “Rescue Me” playing Dwight (guest actor in a drama series in 2009). He also has four Golden Globes, one Grammy and two Screen Actors Guild Awards to his credit.

In 2000, he launched the Michael J. Fox Foundation for Parkinson’s Research, now the leading Parkinson’s organization in the world. He’s also authored four New York Times bestselling books and is the subject of an upcoming documentary from Oscar-winning filmmaker Davis Guggenheim.