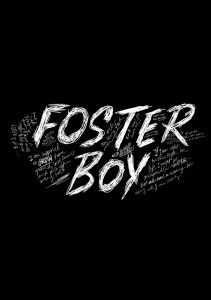 Synopsis: Michael Trainer is a lawyer at the center of a trial in which a for-profit Foster care agency puts a known sex offender into the same foster home as his young client Jamal, with catastrophic results. Michael, a successful litigator with a long career in protecting corporate clients, has been blinded from recognizing the real damage they can cause. He wants nothing to do with Jamal’s case until a Judge forces him to accept it. Initially he sees Jamal, as a thuggish African American youth trying to get a piece of corporate profits. But when Jamal refuses to settle the case for any amount of money, Michael begins his representation in earnest. As their work together reveals the horrifying depth of the corrupt and abusive for-profit Foster care agency, Michael is transformed from reluctant defender to fierce warrior in the battle for justice.

Note: James Earl Jones was originally cast in the film but doesn’t appear in the final cast list. Euroweb says Louis Gossett Jr. replaced James Earl Jones because of a scheduling conflict. Premiered at the Nashville Film Festival in 2019.